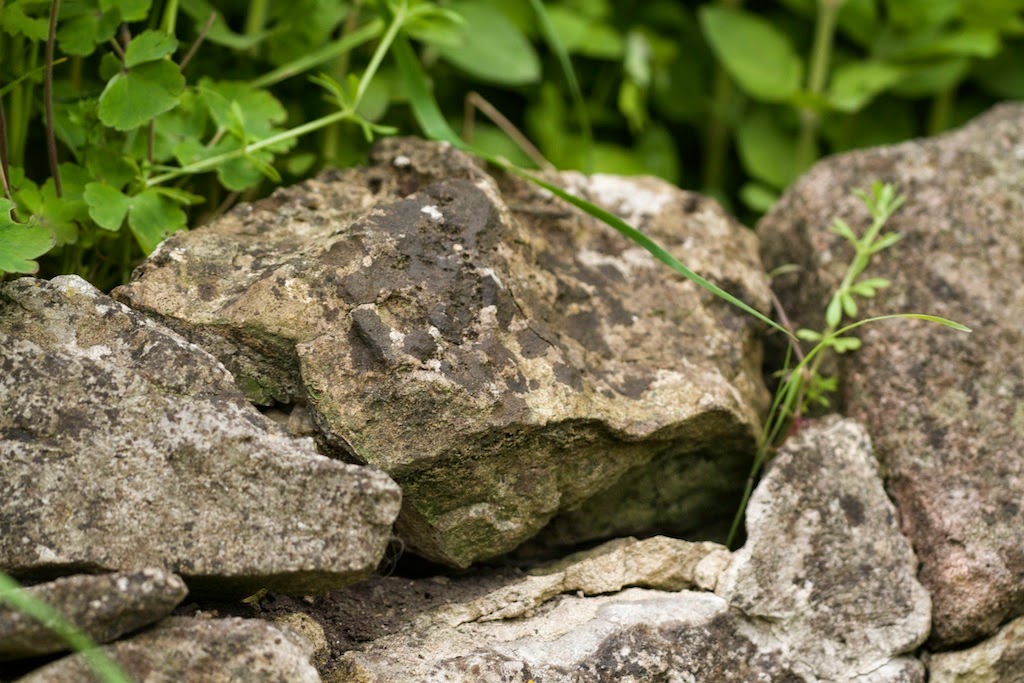 I would not normally start off by showing a picture of a lump of Limestone, but after going back to my friends garden to look for Slow Worms and not having much luck this one piece of rock gave up it's little secret! On the underside of the rock was a small natural hole actually in the Limestone and yes your right; inside was a female Slow Worm, my friend had never seen one in there before and was as amazed as I was just how it had got in. 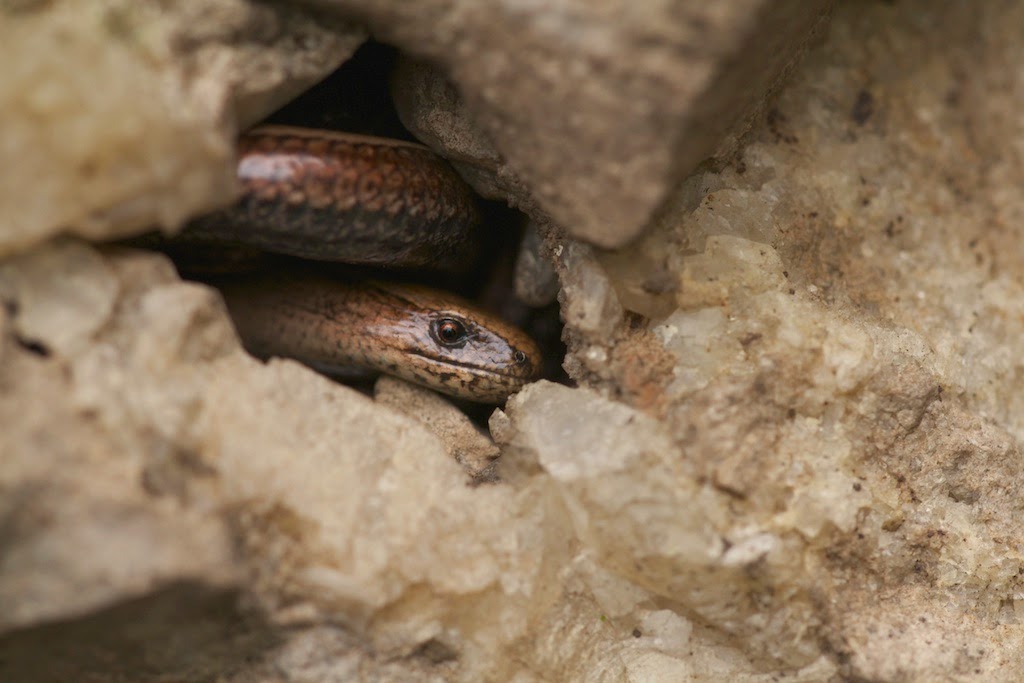 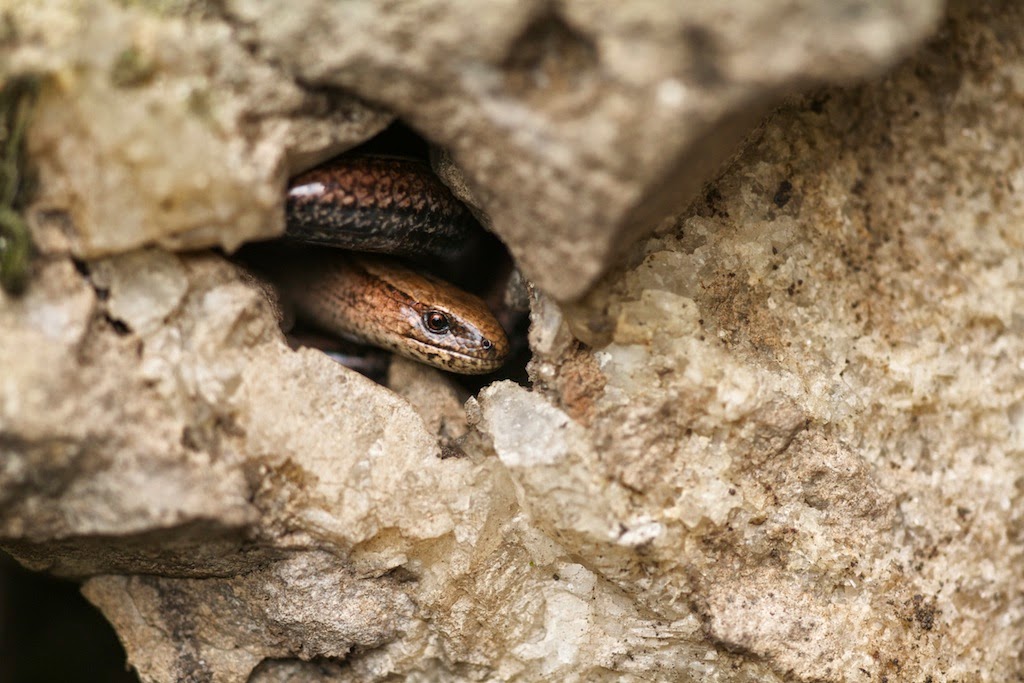 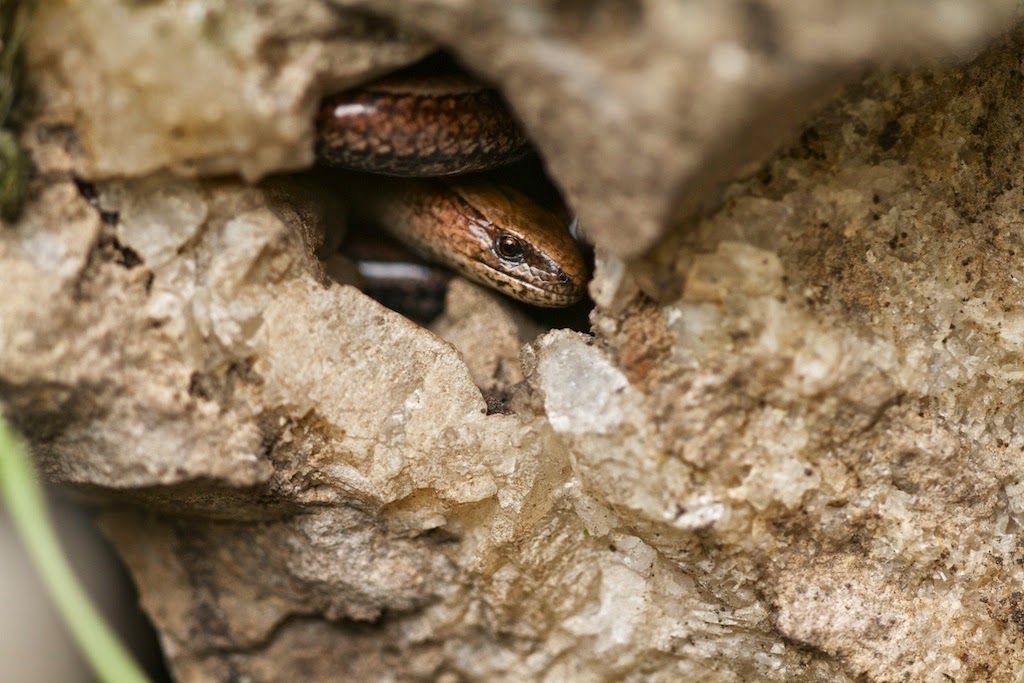 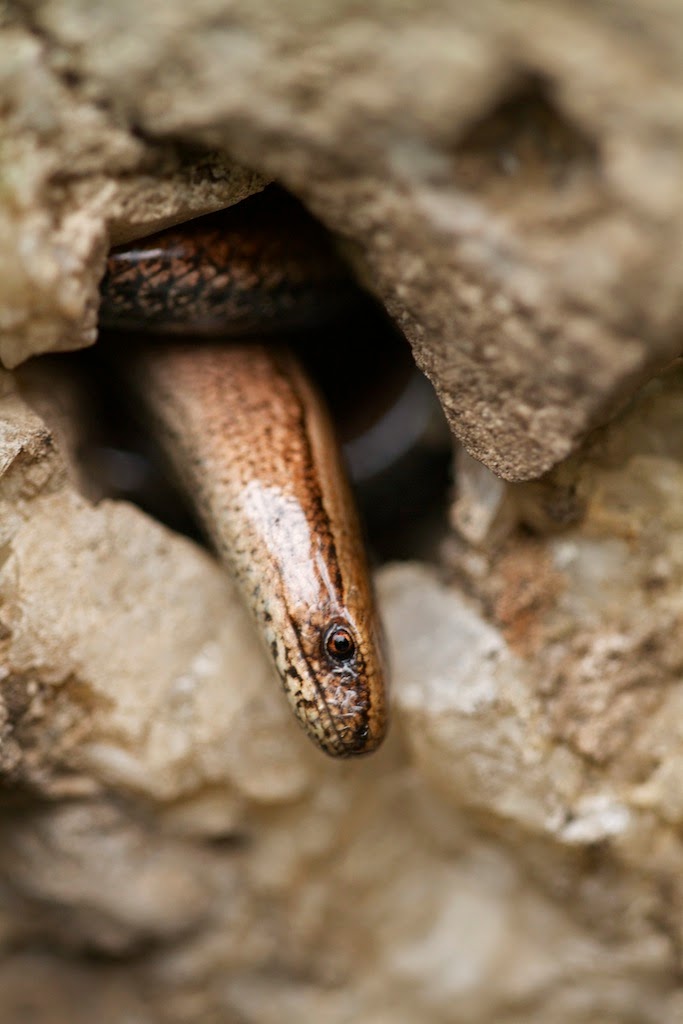 This last picture was in-fact one of the first that I took, as we put the rock back the Slow Worm was as in the top pictures curled up inside. So if you do go to look for Slow worms make sure you check everywhere