Ask any wildlife photographer if they would like to photograph a Little Owl and the answer would probably be "yes".

I have over the years photographed a fair few but I have always had a particular shot in mind and this year it started to come together as the farmer I know rotated his crop production and the field was set with 'Rape seed oil'.

Now everybody and their father knows that when 'Rape' flowers it is a mass of yellow every other field looks as though it is carpeted in some kind of exotic yellow flower!

About four months ago I started to put my plan in action and feeding a particular spot with the odd mealworm (or two) just to keep the Owls interested. I then added a couple of perches near to a large branch that had fallen during one windy night of which the  Owl's used on a regular basis as a look out perch.

After a while I introduced my dome hide which on this occasion I know will be safe and it has been left in situ.


At first they would stay a distance away. 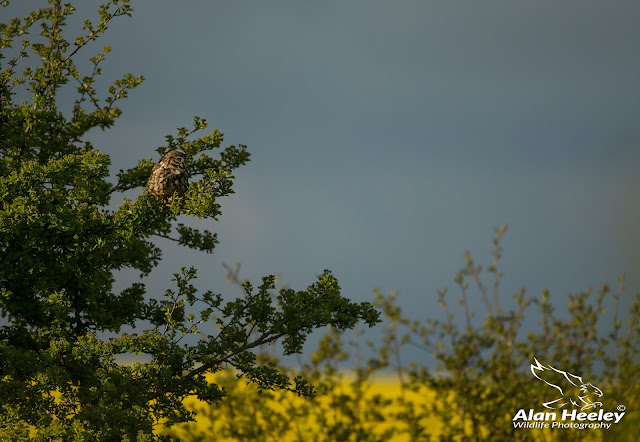 As time went by they used perches they had used for a while. 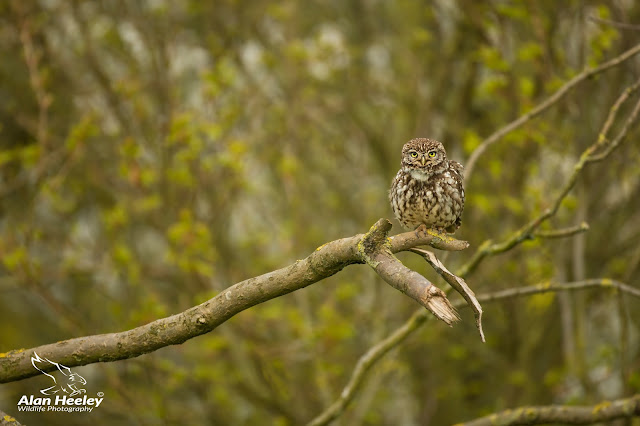 Then after a while the male would come onto one of the perches I had put into place. 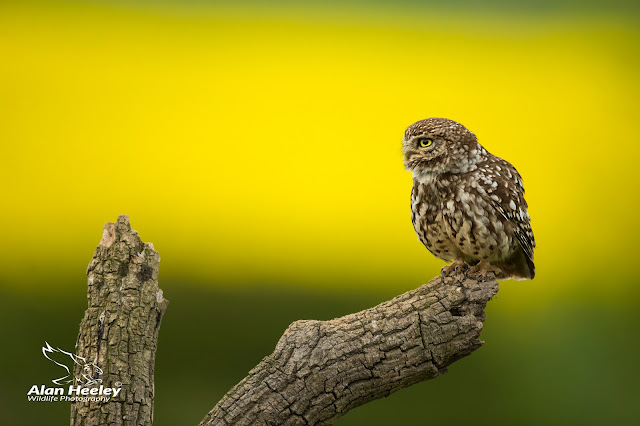 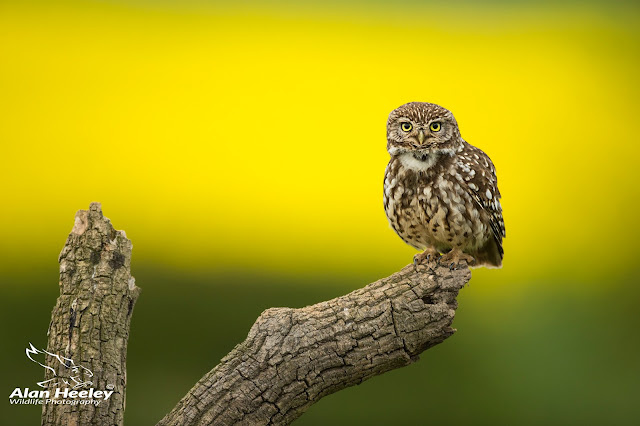