Yes it has been some time from my last post and I can remember saying that I would not get into the same routine as a lot of other people do when starting a Blog, but believe you me a LOT has been happening and there is a LOT more to happen!!!!!!!

Decided to have a trip to the East coast, for two reasons really one to see and photograph with a good friend of mine the second to be able to photograph Grey Seals and their pups.

Bags packed and the B and B sorted, Anne home from work fed, watered and changed; off we set. A good steady three hours later we were shown our room in this very nice country pub and enjoying our evening meal. A sign of things to come was the gritting lorry that passed the pub that night!

After a good wholesome breakfast we set off for the beach, not a cloud in the sky and a very hard frost but the sun shone and did we feel the chill when we had parked up and stared out to the North sea.

The walk was not as bad as I had expected and my friend had been before a few days before hand so knew just were to go.

There was a good number of Seals on the beach with young some just a matter of hours old , and also the obligatory Bull Seal patrolling an area of beach just waiting his chance to mate with a female if he could catch her! 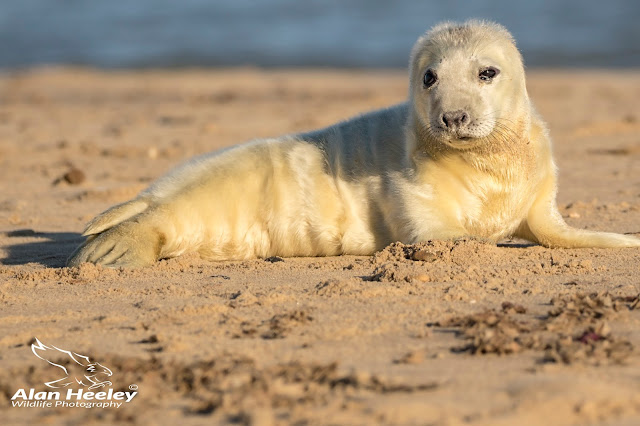 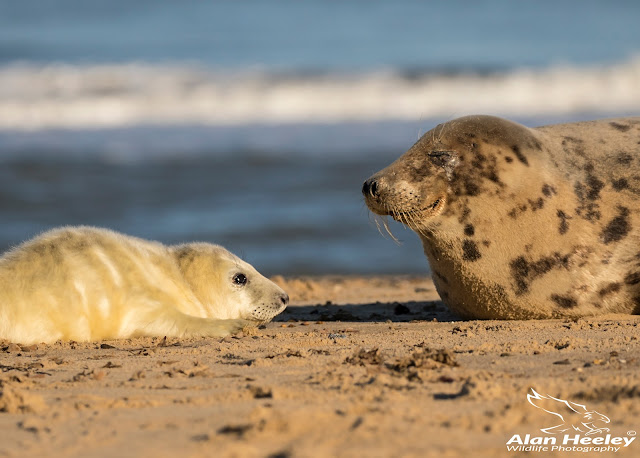 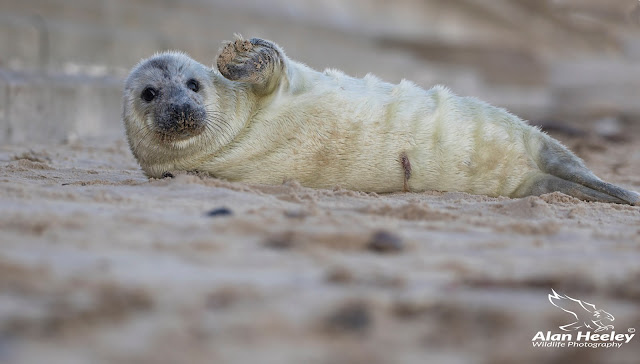 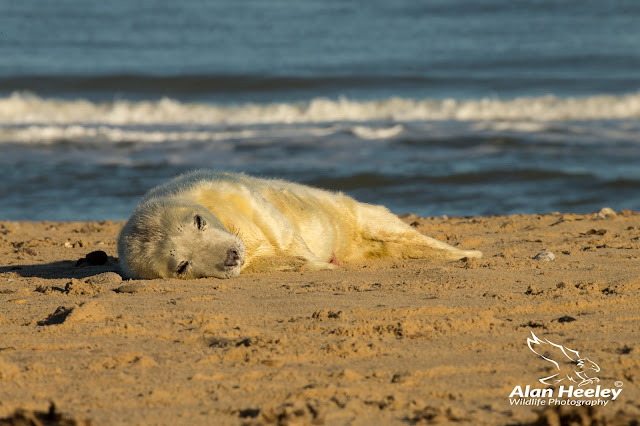 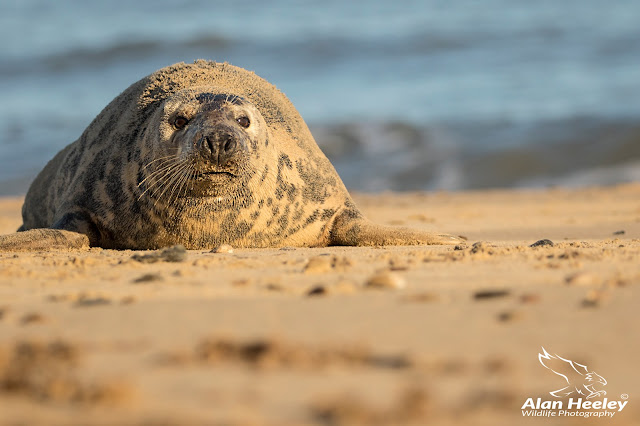 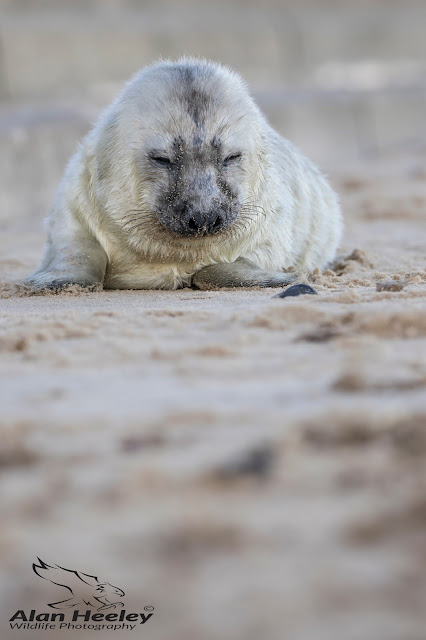