Not really as it was the second day of the New Year. Decided that a trip onto the high tops of the Derbyshire moorlands was called for, and with two good friends in tow off we set.

As an added bonus a fresh few inches of snow had fallen on the very highest parts of the moors making a bigger challenge in picking out the Mountain Hares than it would have been, but once you had got your eye in we all started to find them.

Days up here with the Hares are never the same but within say 30 minutes you can usually judge what the Hares are going to be like and today was no exception, today we just could not get near,150 metres and they were off!!

We carried on regardless because we just knew that there would be the one that would sit, and with the right fieldcraft would allow us to get into position and get some shots.

Two hours in and I struck lucky this certain Hare was tucked up and I only caught it out of the corner of my eye but for twenty minutes we managed to get some rather decent shots. 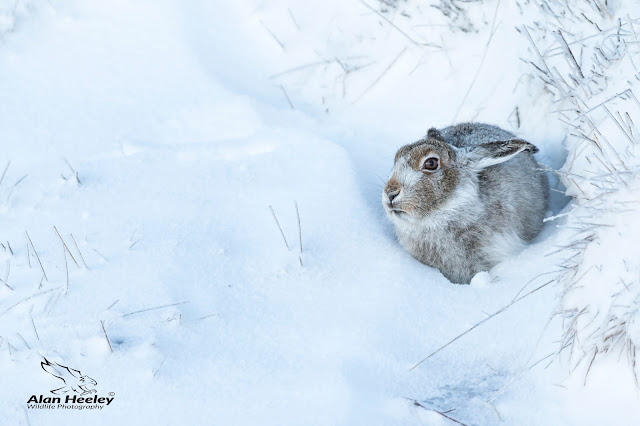 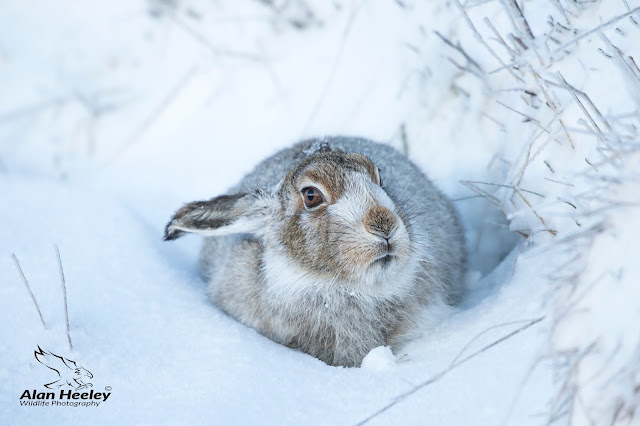 We came away that day rather tired and exhausted but pleased with the results. Two days later and we decided to go up again and what a difference the snow had ALL gone and the Hares stuck out like sore thumbs! 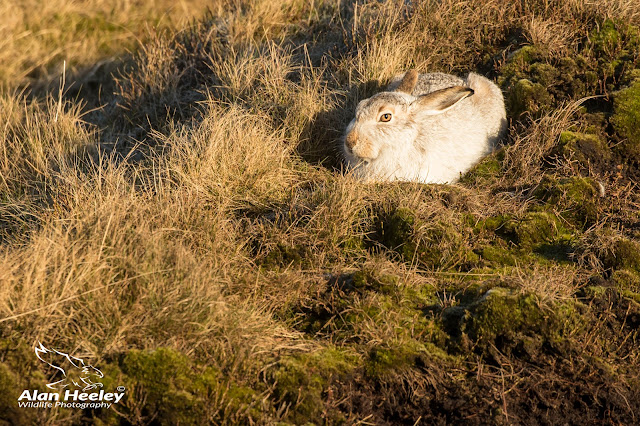 This was one of around twenty plus individuals that we saw.