A few weeks ago I received a phone call from a good friend of mine who is the farm manager of a couple of large farms close to where I live.

" You have to come up here Alan we got one hell of a funny Rabbit"! And that's how the conversation started.

Now over the years if there is one thing I have learnt is not to drop everything and rush to wherever only if you know the person knows what he or she is talking about, however with that in mind and a couple of questions later I was soon heading out.

And just has I had been told there it was, but not a Rabbit but a Brown Hare ...but different why; well it had a brown head brown bottom but in the middle it was all white!!!

After speaking to people in the know it turns out to be best described as a 'genetic mutation' and nothing to other things that have been mentioned on social media sites!!

Hares in general keep themselves to themselves and only usually come into contact with one another during breeding; however this Hare does find it hard to mix with any other Hare and whilst I have watched it now for several weeks I do tend to worry a bit for it's future. 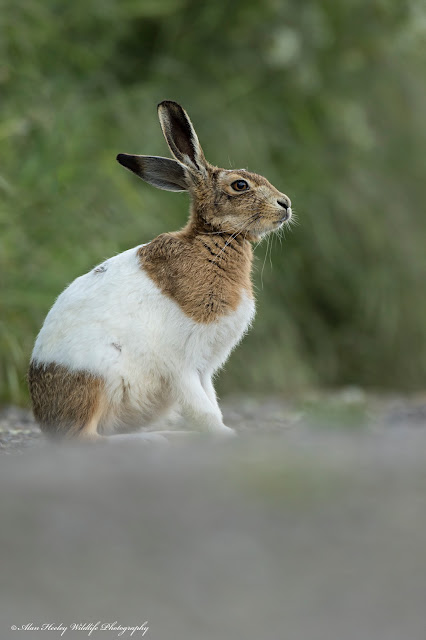 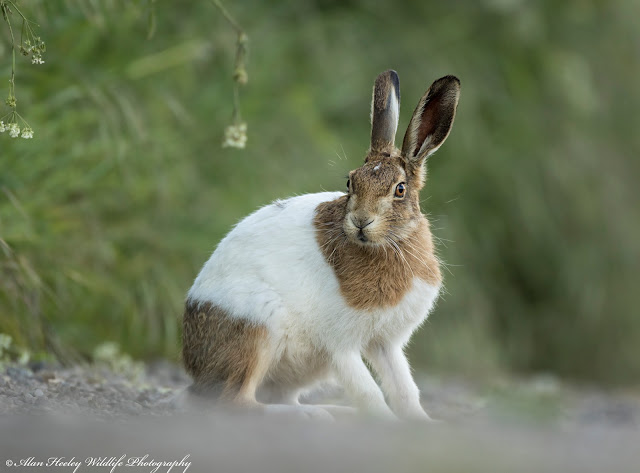 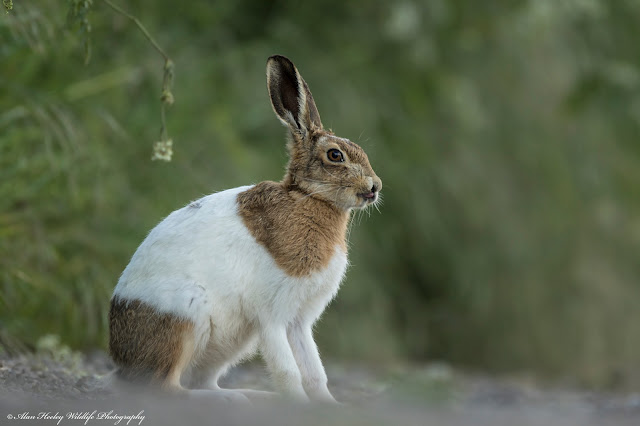 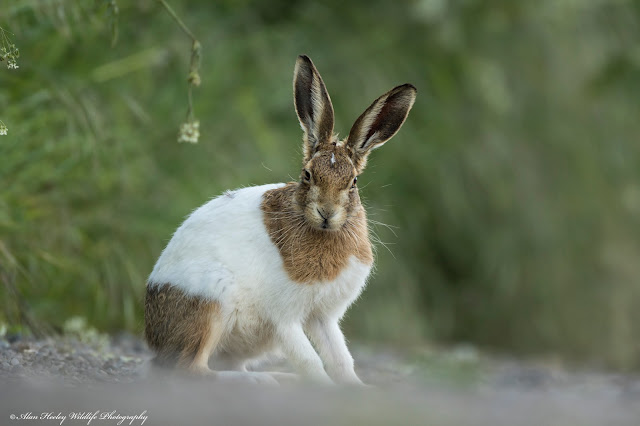 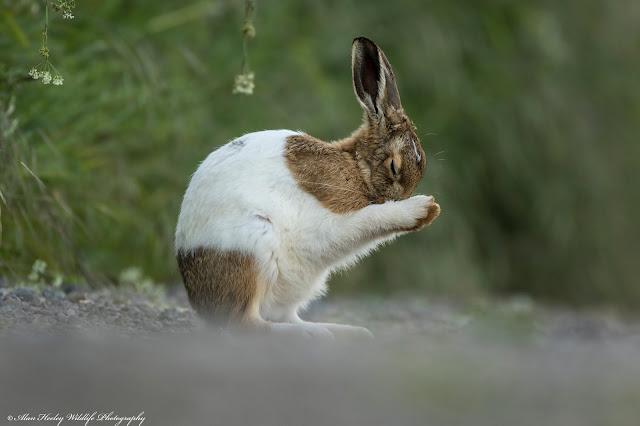 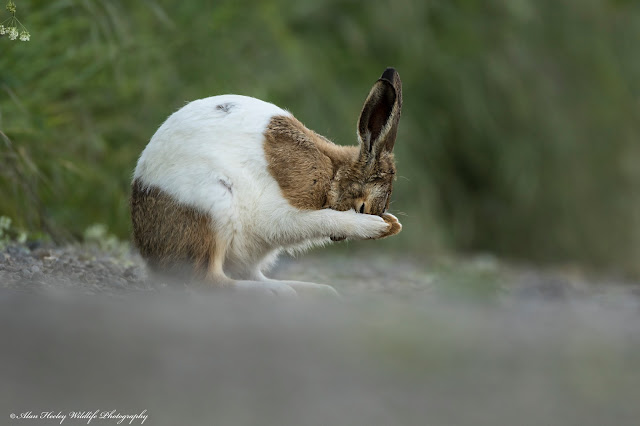 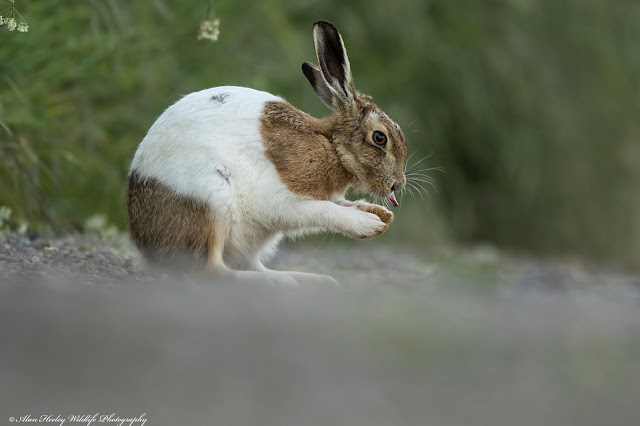 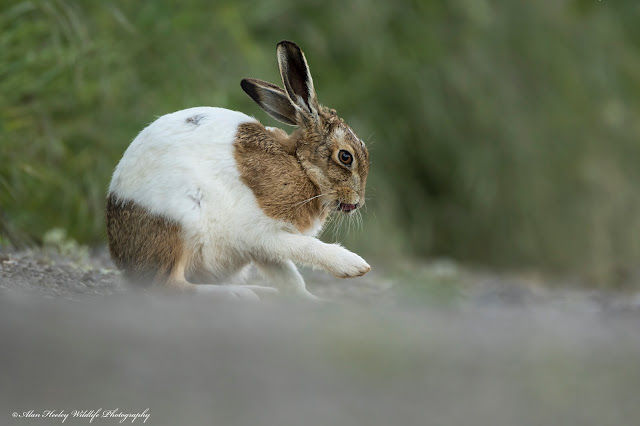 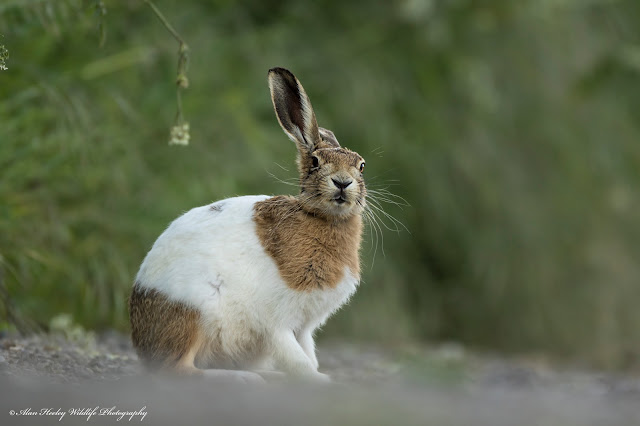 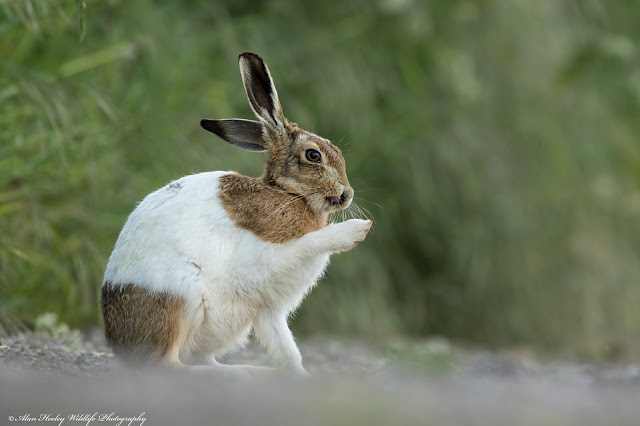 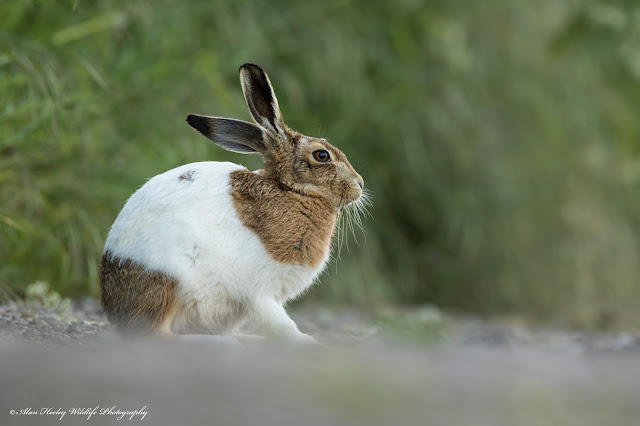 Thanks for looking
Posted by Unknown at 13:43