Everybody knows that if you want to photograph Little Grebe's there is only one place to go, yes that's right Cromford Canal.
Whilst I have been off work I have been able to get down with my friend on a fairly regular basis for a couple of hours at a time and was able to find the first pair to lay and sit their eggs, this of course then gave us a good chance of being able to photograph the young.
Not quite getting the hatching date correct I was two days out when I found that one of the eggs had hatched one Saturday morning whilst walking with Anne.

It would be three days before I could get back, and so on the Wednesday morning we set off and as if the parents had been waiting for us there they were with the youngster still in the nest. After a short while it came apparent that only one of the two eggs had hatched so the parents were not as busy as they had only the one chick, and as one parent would go off and feed it could be between 15 and 30 minutes before it returned carrying food for the youngster.

Finally on the second day both the parents and the youngster took to the water with the youngster spending most of the time on the parents back covered under it's feathers, only showing when one of the parent's came back to feed and swap over parental duties.

They would hide in the bank side vegetation and what I found unusual was that on occasions the parent would throw the youngster off it's back and with the other adult would start to build another nest platform... this would come in very useful later on.... 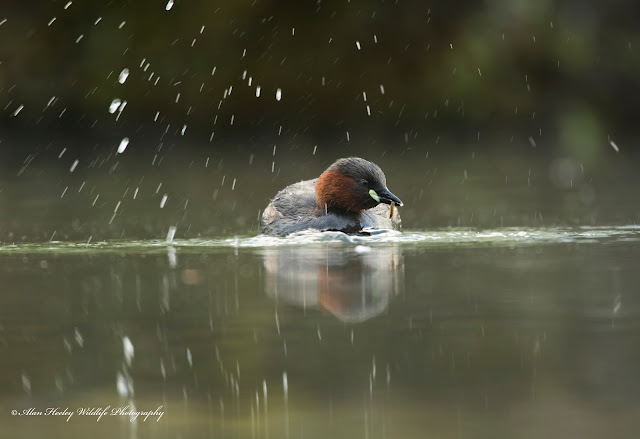 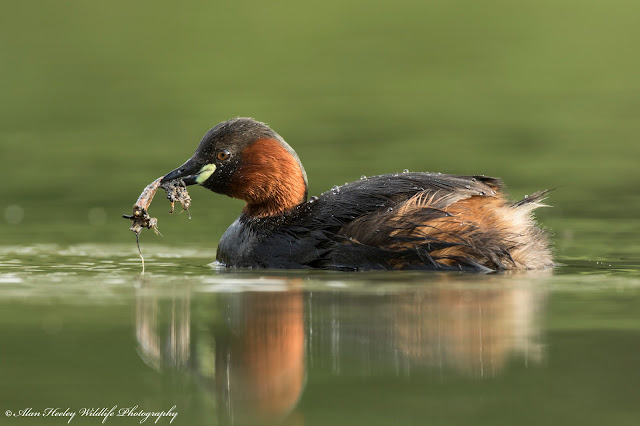 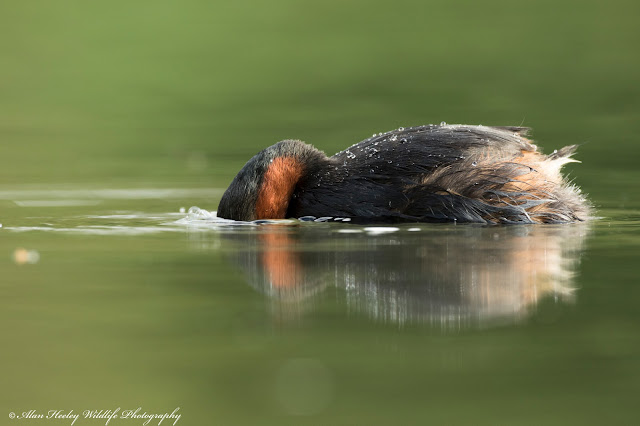 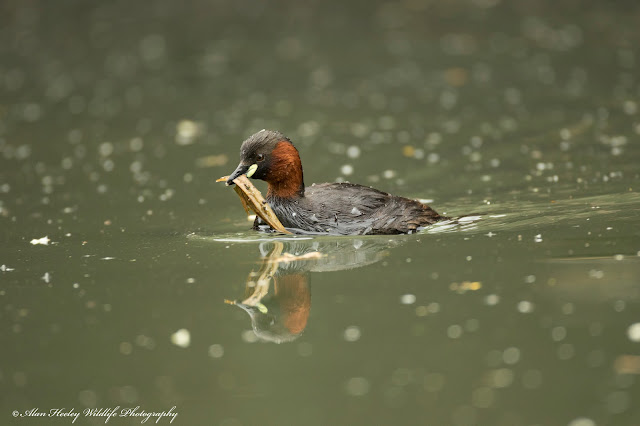 I was amazed to see the numbers of Caddis Fly larvae they would catch, although the last shot is of the parent bird carrying nesting material. 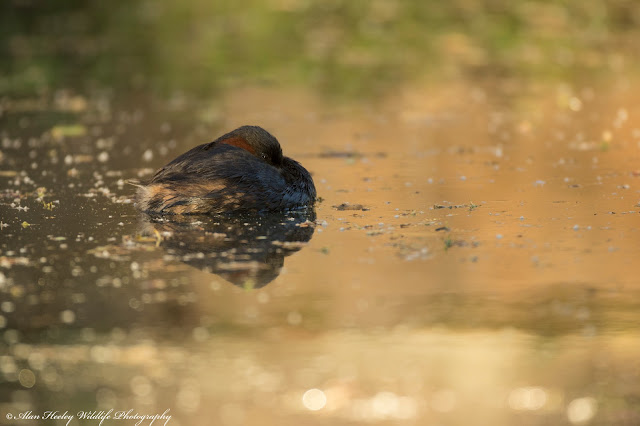 Everybody knows it is hard work being a dad!! just getting 40 winks.

The next few pictures show both mum and dad doing their parental duties. 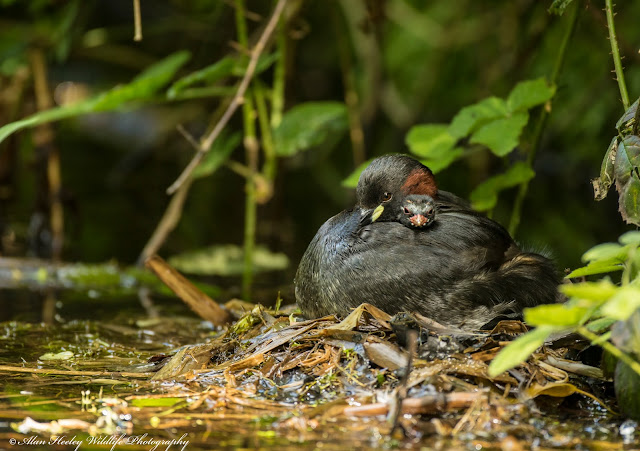 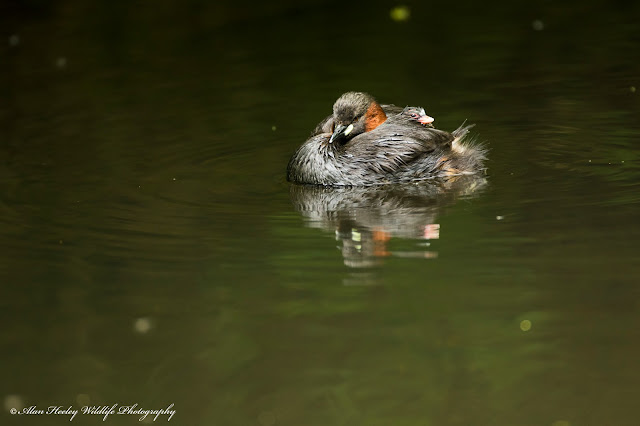 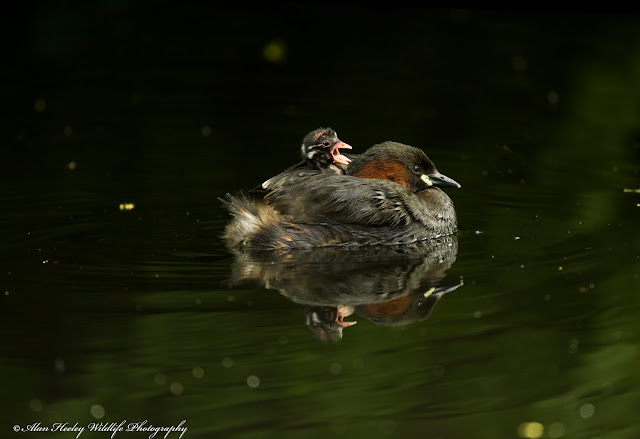 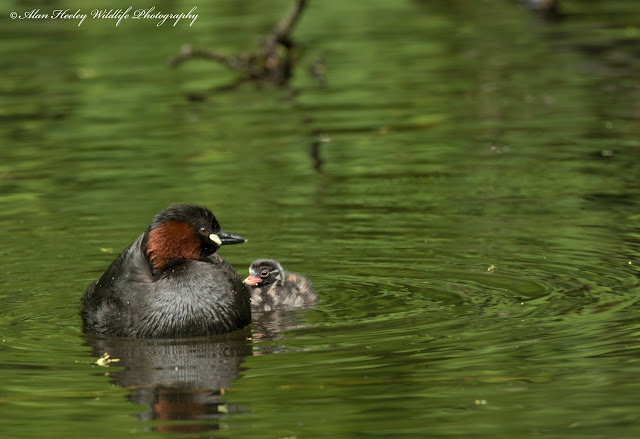 This last picture shows mum feeding the youngster a Tadpole, not very significant you may think, but; this was probably one of the last meals this young Little Grebe had! Not long after this picture was taken I was photographing the youngster on it's own when all of a sudden there was a splash and a Jack pike had taken it quickly pursued by the adults, I have never seen this before and was taken back by what had just happened, stood there for what seemed minutes I then heard a noise and looked down to find that the youngster was trying to get on one of the parents back. I had mentioned earlier that I also witnessed the parents building another nest platform and this they used to keep their young one safe, no longer would they go out into open water to feed but they brought the food to the platform and fed the youngster there.

Sadly the news is not good the youngster clung on for another couple of days but on the third day after the attack one of the parents was once again sitting a single egg and there was no sign of young one. 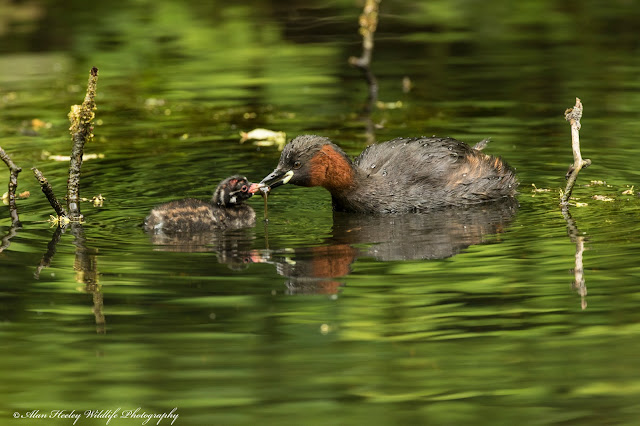