Sometimes last minute decisions are for the best tonight I decided to go up again for the Starling roost at Middleton Moor. Travelling in bright sunshine this would soon change to a dark moody sky and a very cold wind; top that with the snow on the ground it was very cold; and with it being a last minute call I was not prepared as I should have been. The Starlings started to show coming in in varying numbers; from handfulls to vast flocks. What took me by surprise was that until someone close to us made the comment "look they are all in that field" I, and several others had not noticed but the birds had been coming in over shooting the reed bed and landing in a field next to the road. I made the decision to move for a closer look; not only that I was absolutely freezing! What a site it was thousands of birds on the deck and every now and then a group would take off and head back over the road into the reeds. I only saw a fraction of the birds and I now wander what it must have been like with the majority of the birds down in the field; perhaps next time!! 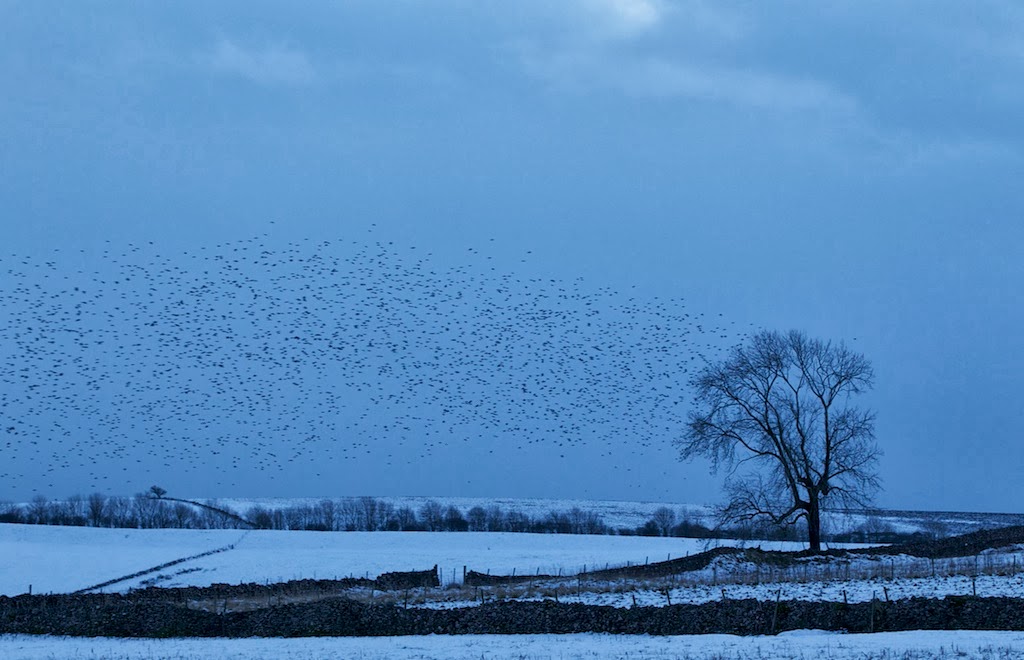 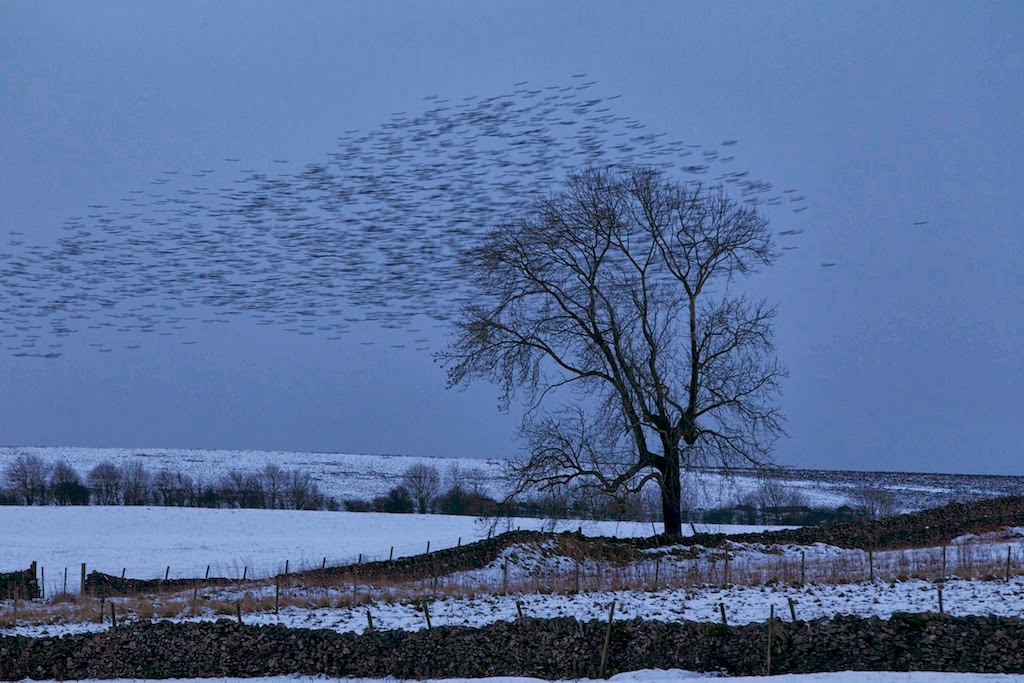 As I got back to the road this is what greeted me, it was to late to change lenses. Oil slick comes to mind! 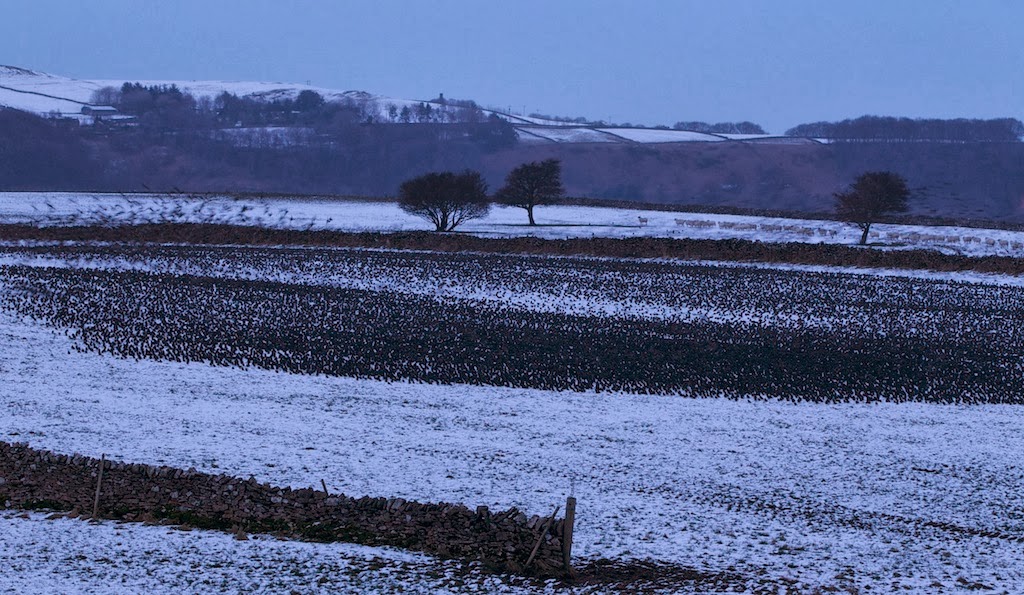 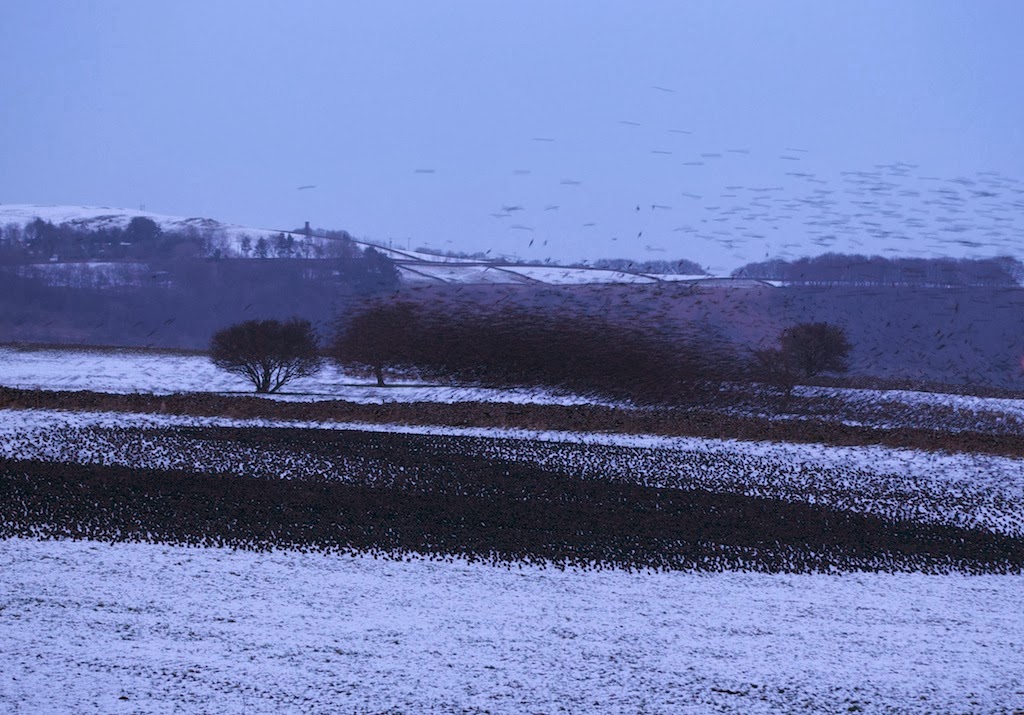 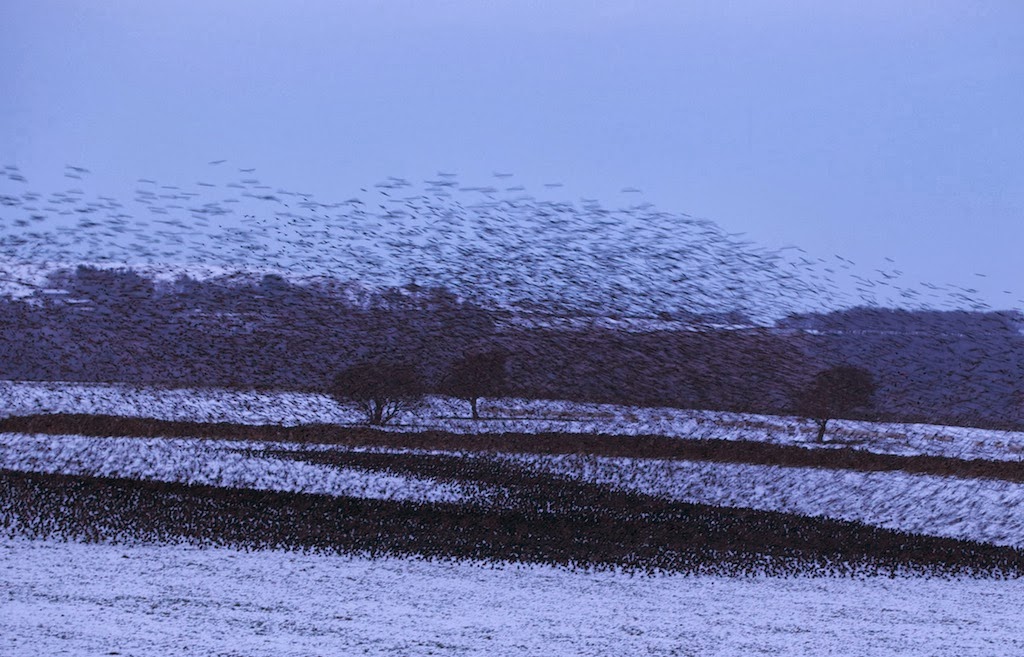 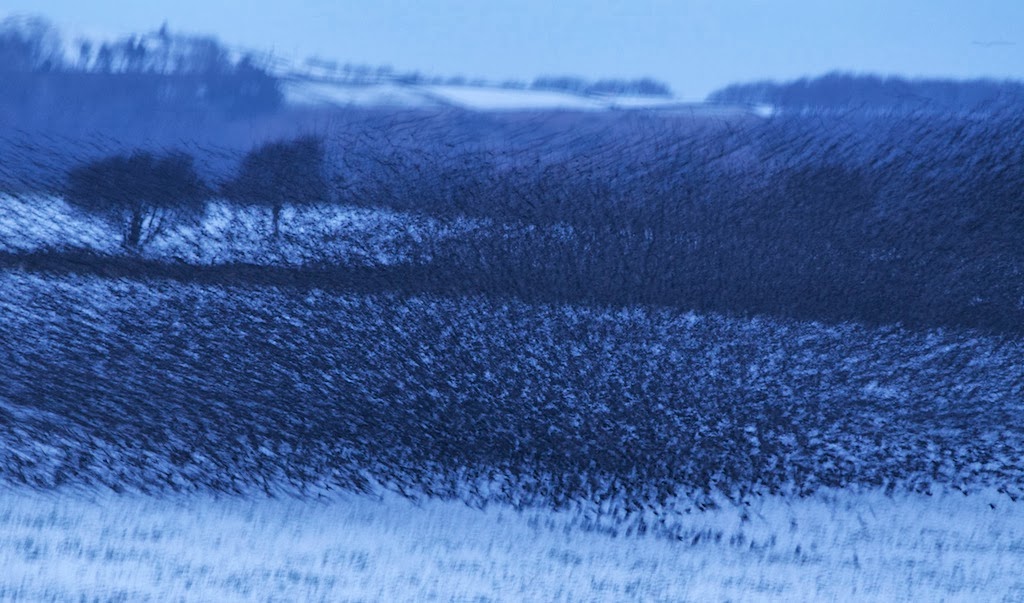 And then the inevitable happened; they all lifted and once again the show was over.
Posted by Unknown at 20:08