It was a long shot; once again the great British weather was up to it's normal tricks but I just had to get out of the house. I decided to have a run up to the moors and have a look to see if there were any Adders showing. It was cloudy on arrival but the sun did periodically show itself albeit for very short periods. After nearly two hours of going round in circles I gave it one last look and just as I was giving up I noticed a slight movement from between two small rocks, my first Adder of 2014.
If you believe everything you read then you would think it mad to go in February especially with the temperature as low as it was but this time last year I was with a friend of mine and we were
photographing Adders in the snow!! All it takes is a slight rise in the temperature and things tend to happen. 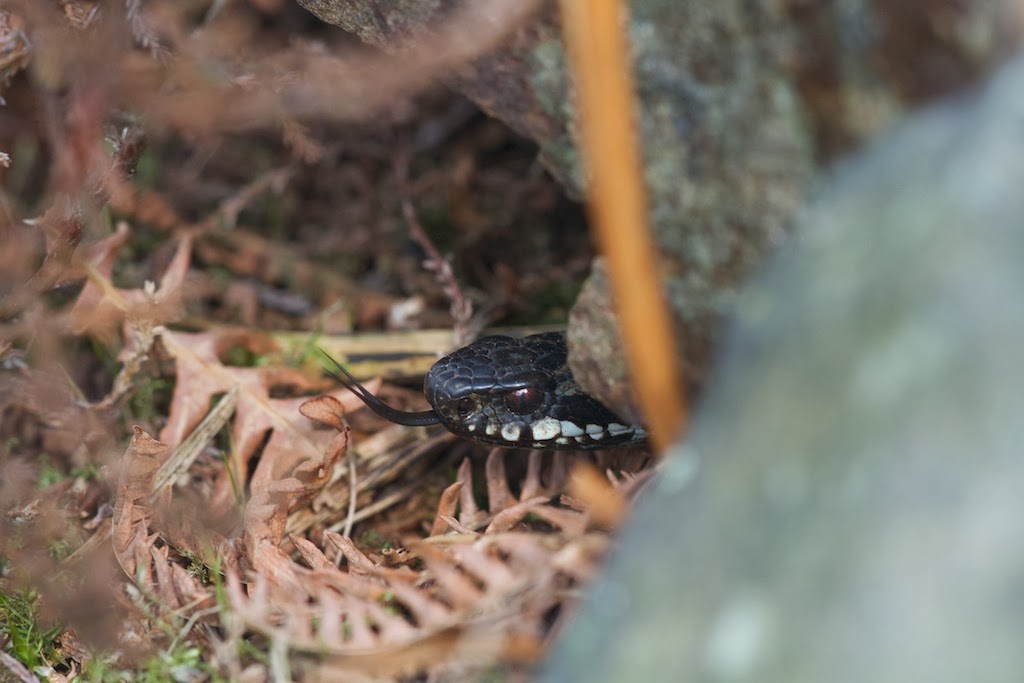 This was the first of two Males that made the best of what little sun we had. 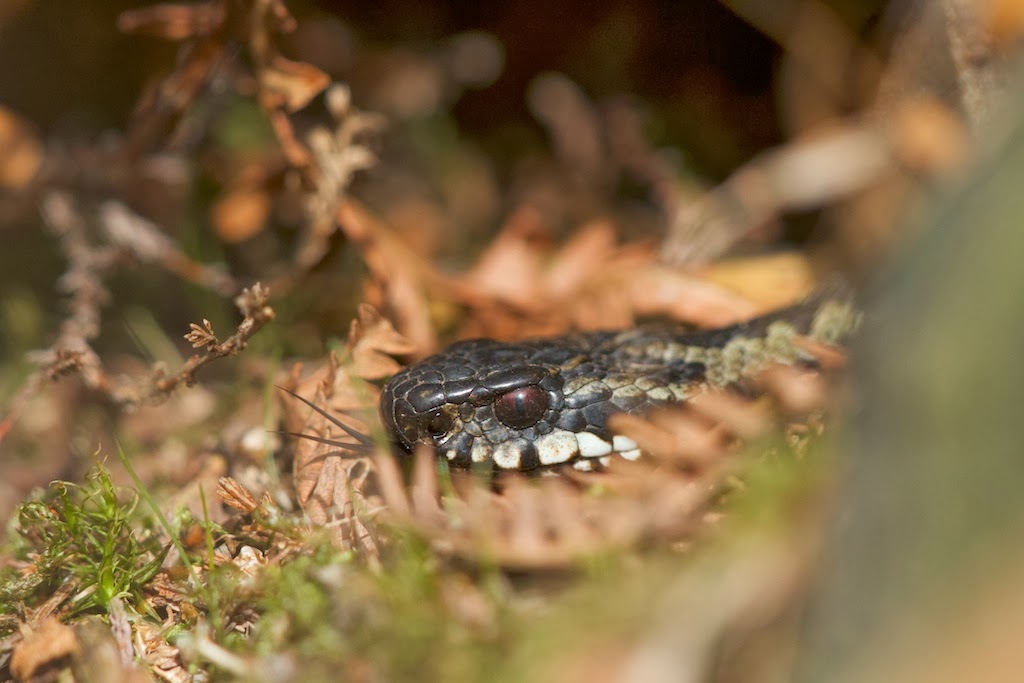 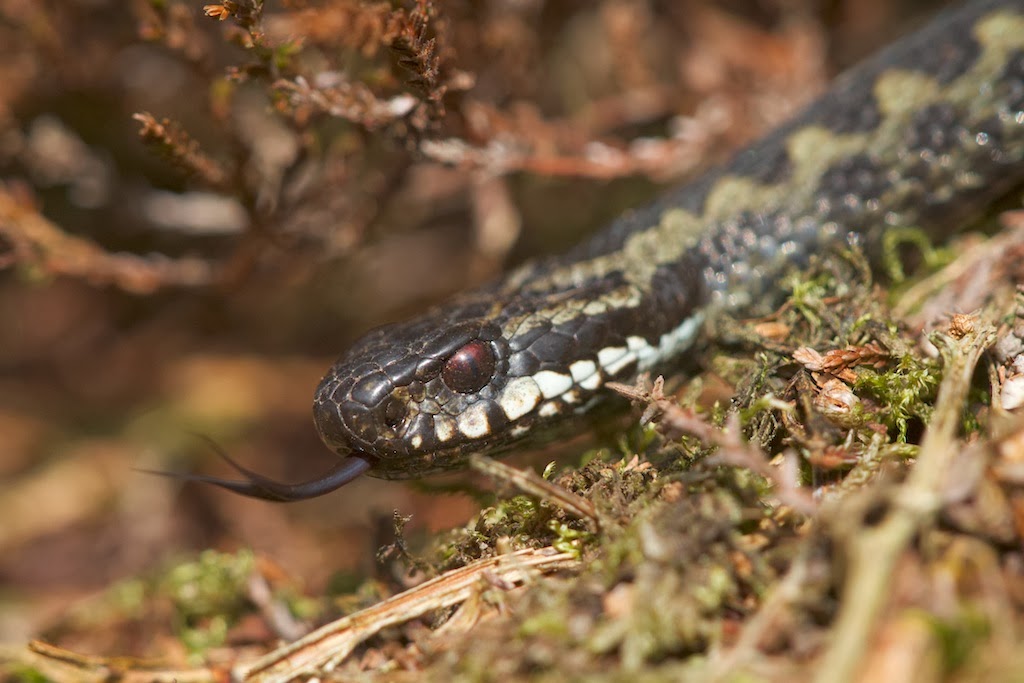 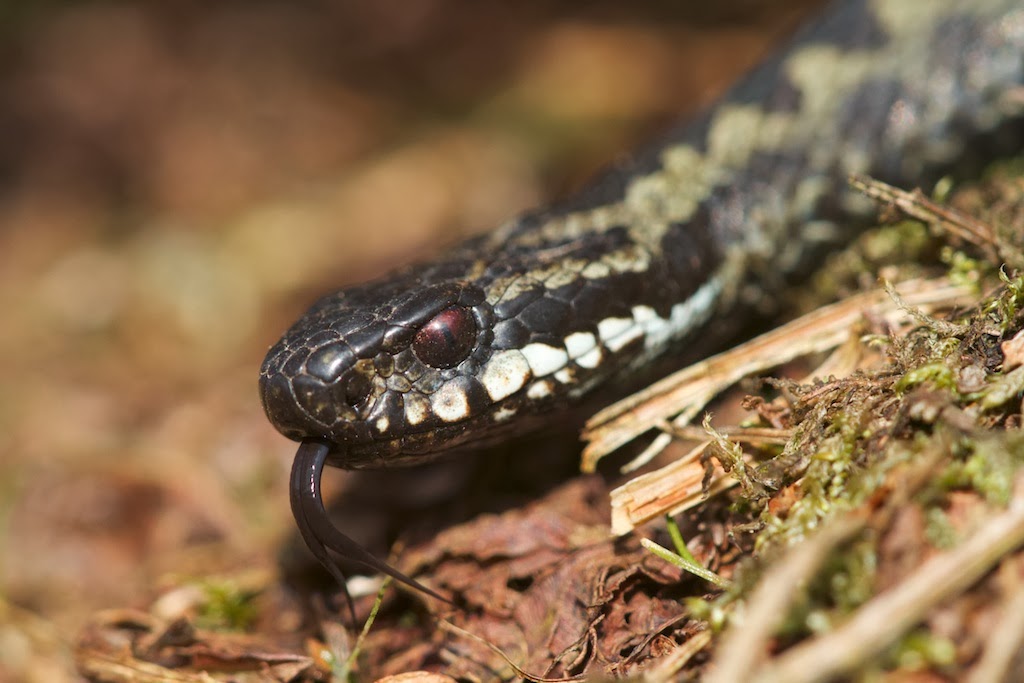 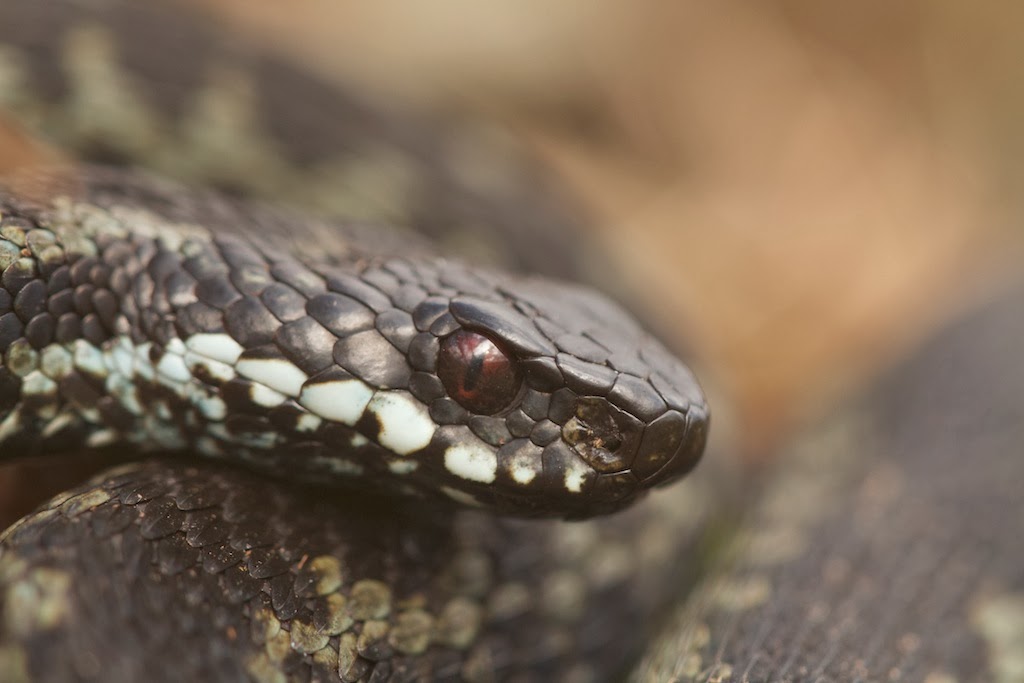