A friend of mine decided I needed a change of scenery, and so that was it a day on the coast at Bempton.

Of all the years I have visited Bempton I have only, now let me think, ok maybe once but no more than twice, have I ever got there and the weather was just right; the wind in the right direction, not too sunny and of course the birds doing their stuff within touching distance.....you know what I mean!!

And of course this particular day was no exception, once again the weathermen/ladies had got it wrong, apart from that bit in the afternoon when the sun did go in behind the cloud that eventually arrived!!!

It is also one of those places that when I get there it does not fill me with excitement and I sometimes think .....why????? But never the less out comes the gear and the photography starts.

I was drawn to a familiar song at one of the view points, one that unfortunately you do not hear very often in Derbyshire, and that was the song of the Corn Bunting, a few shots were got before the bird decided to go and perch on a barbed wire fence out of range. 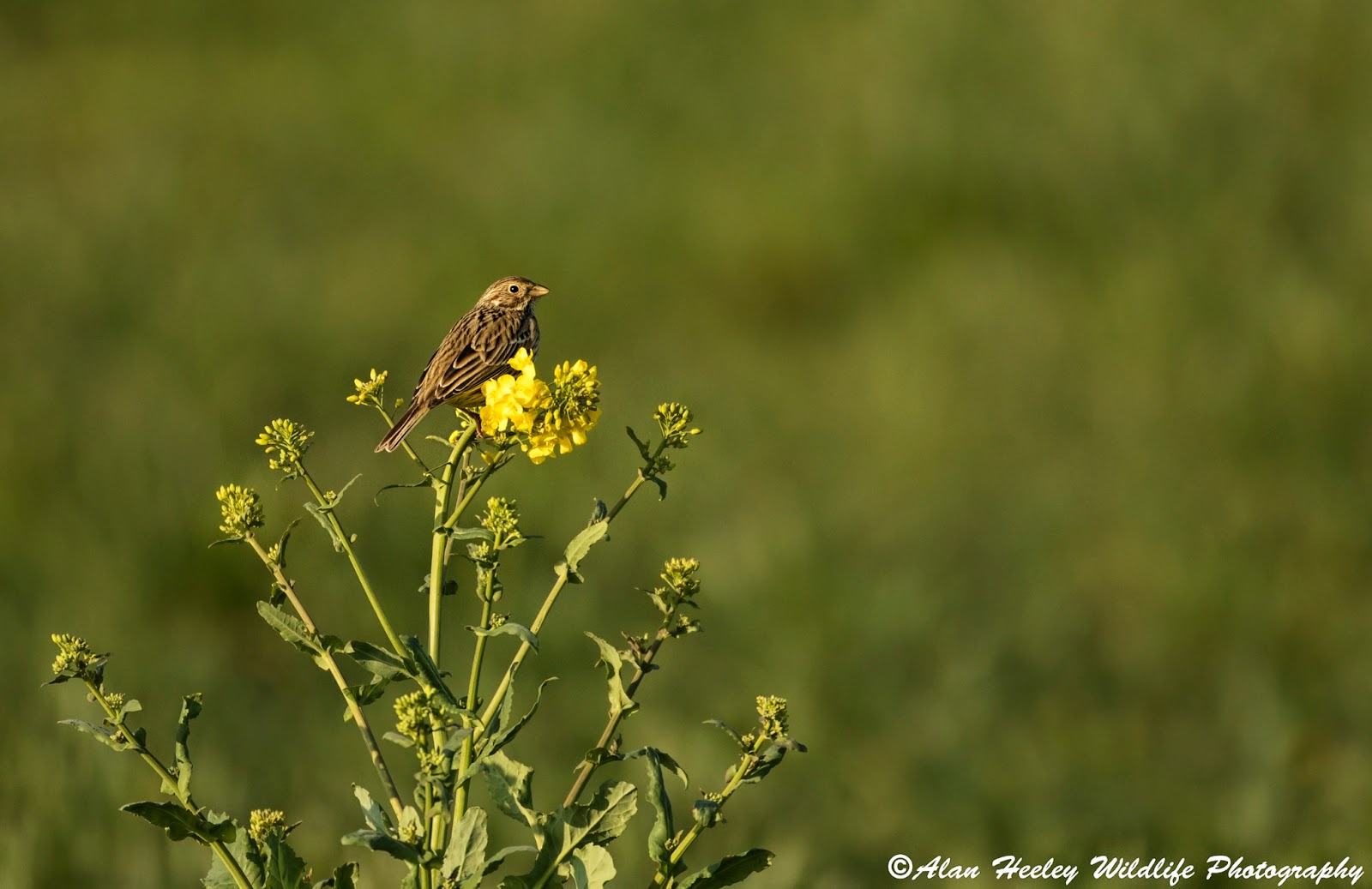 After this we both started to photograph the sea birds of which we and 1000's of visitors come to see, unfortunately there was not a lot happening, you could see that the grass pulling for the nest's had taken place, although saying that we did find some birds still lining their nest's and they were taking the grass from further down the cliffs, but most of the birds were taking it in turns to go out to sea and sit at their chosen nest site.

A selection of Gannet shots 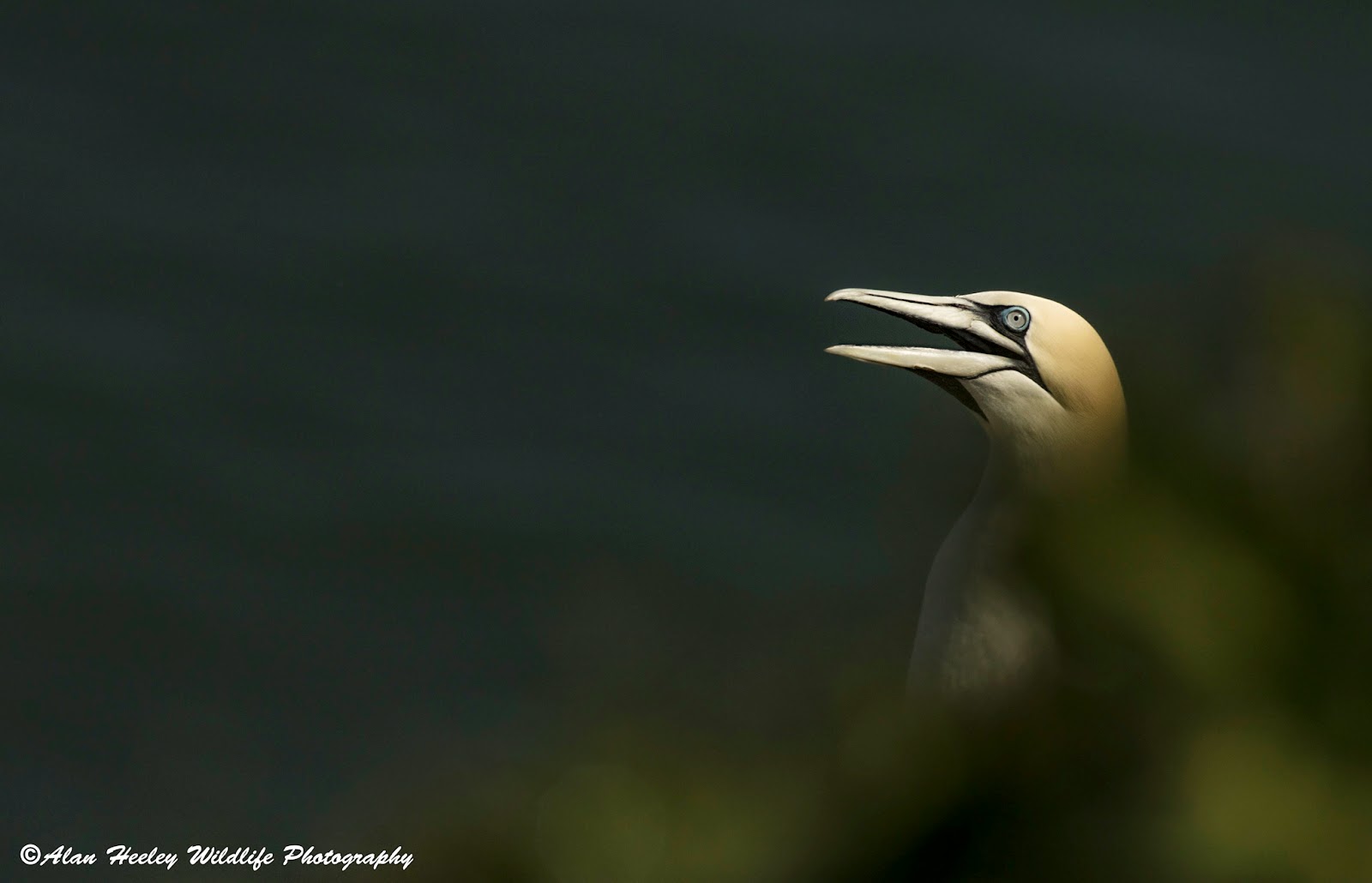 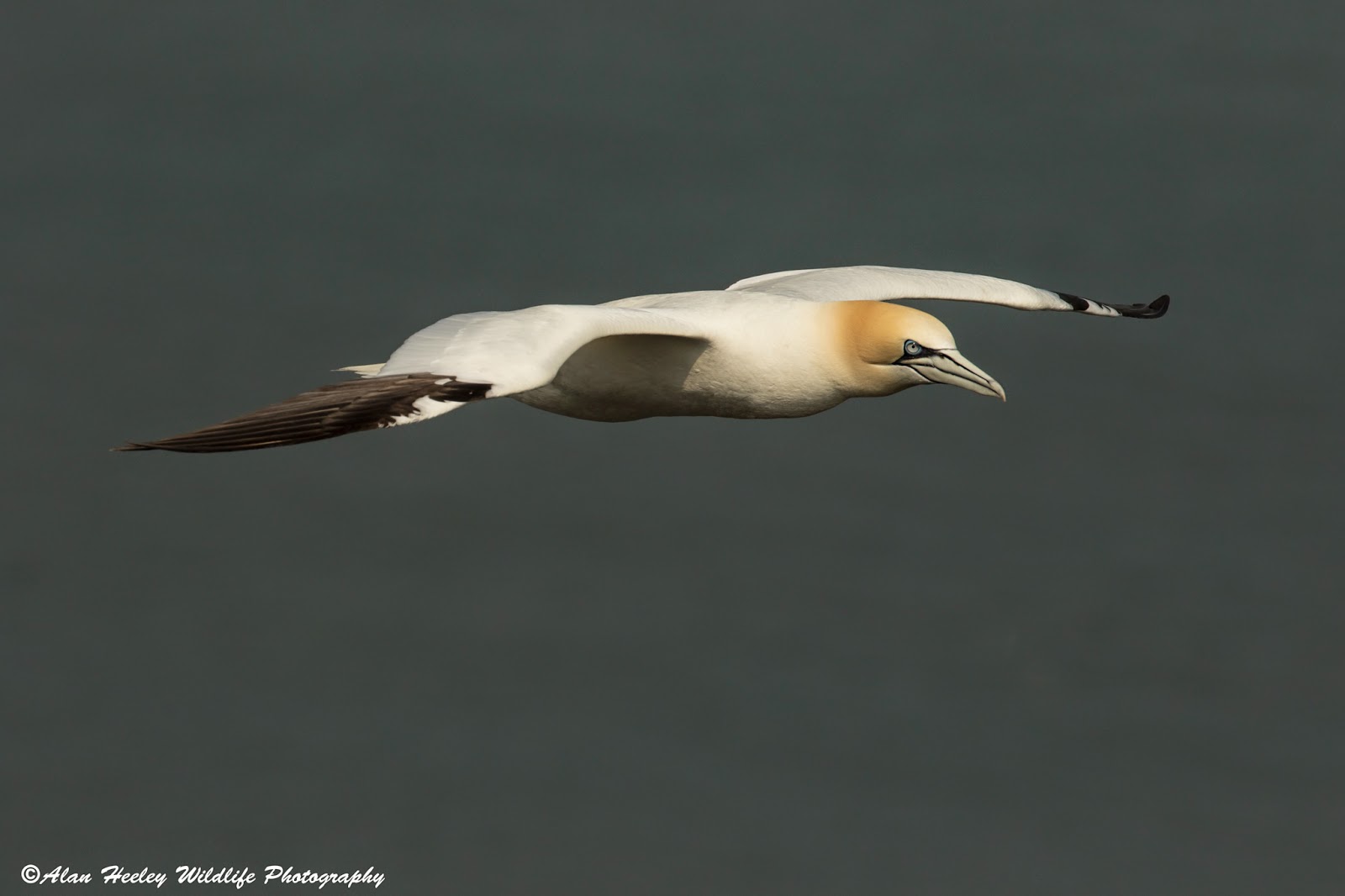 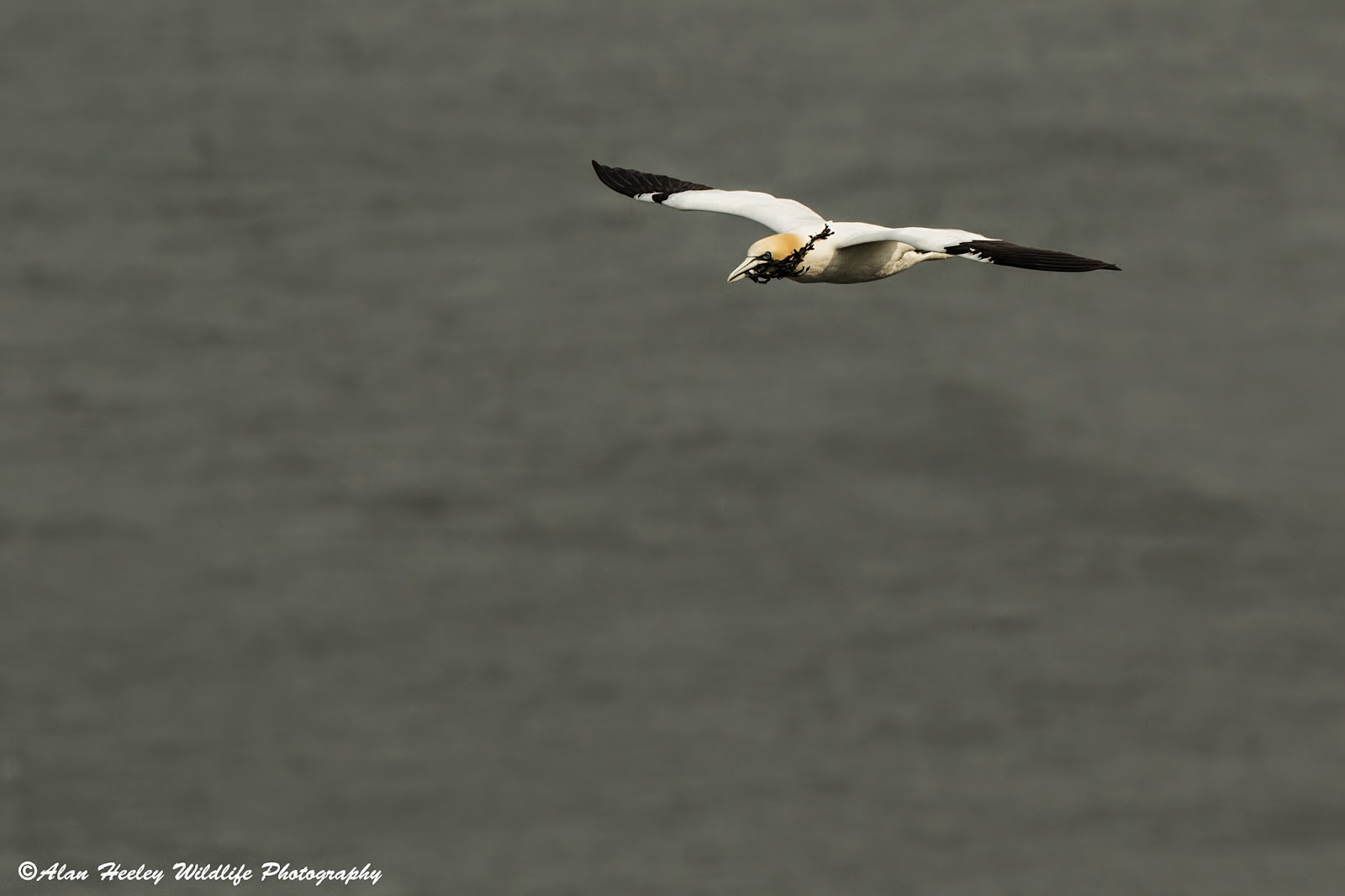 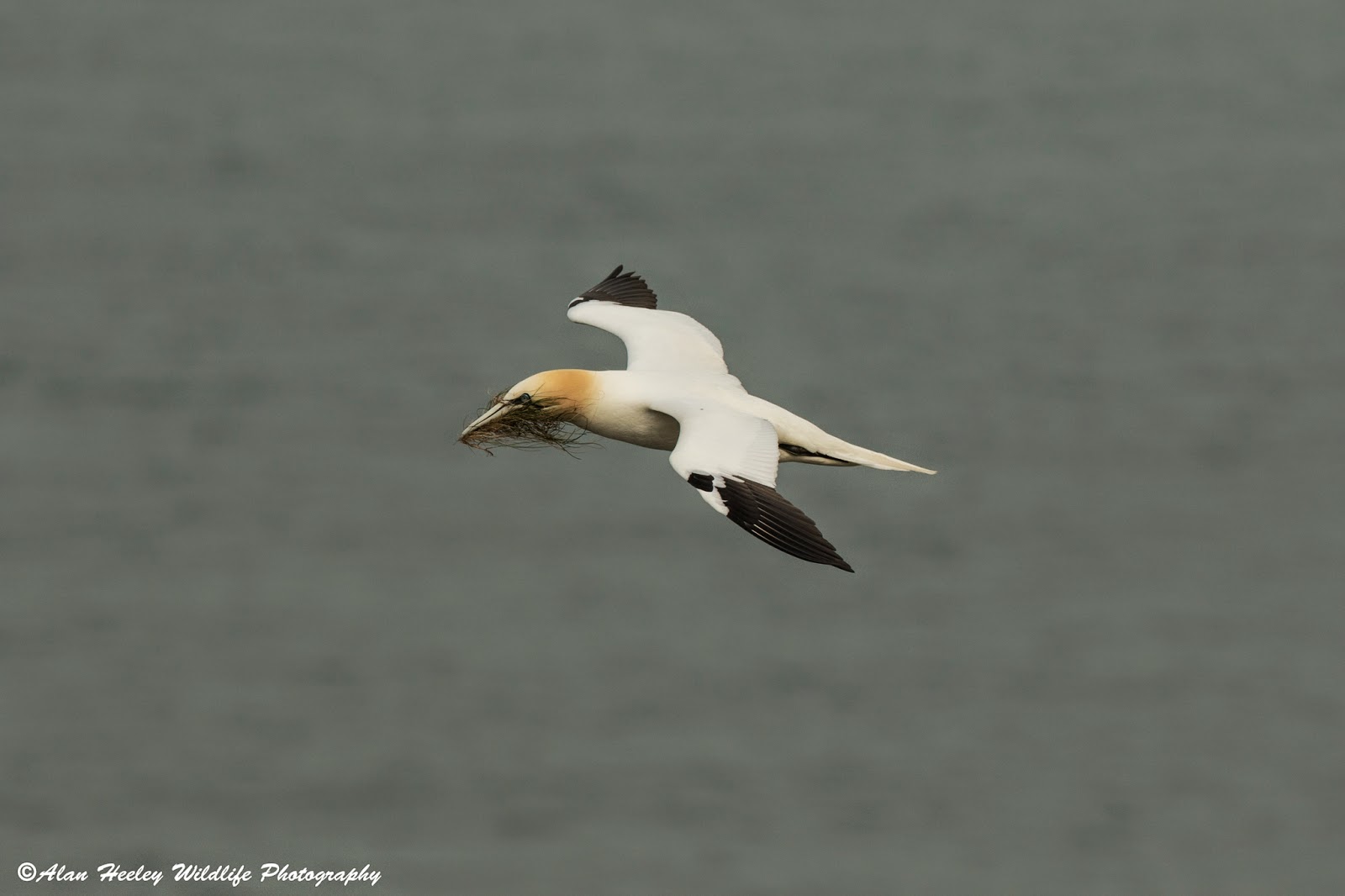 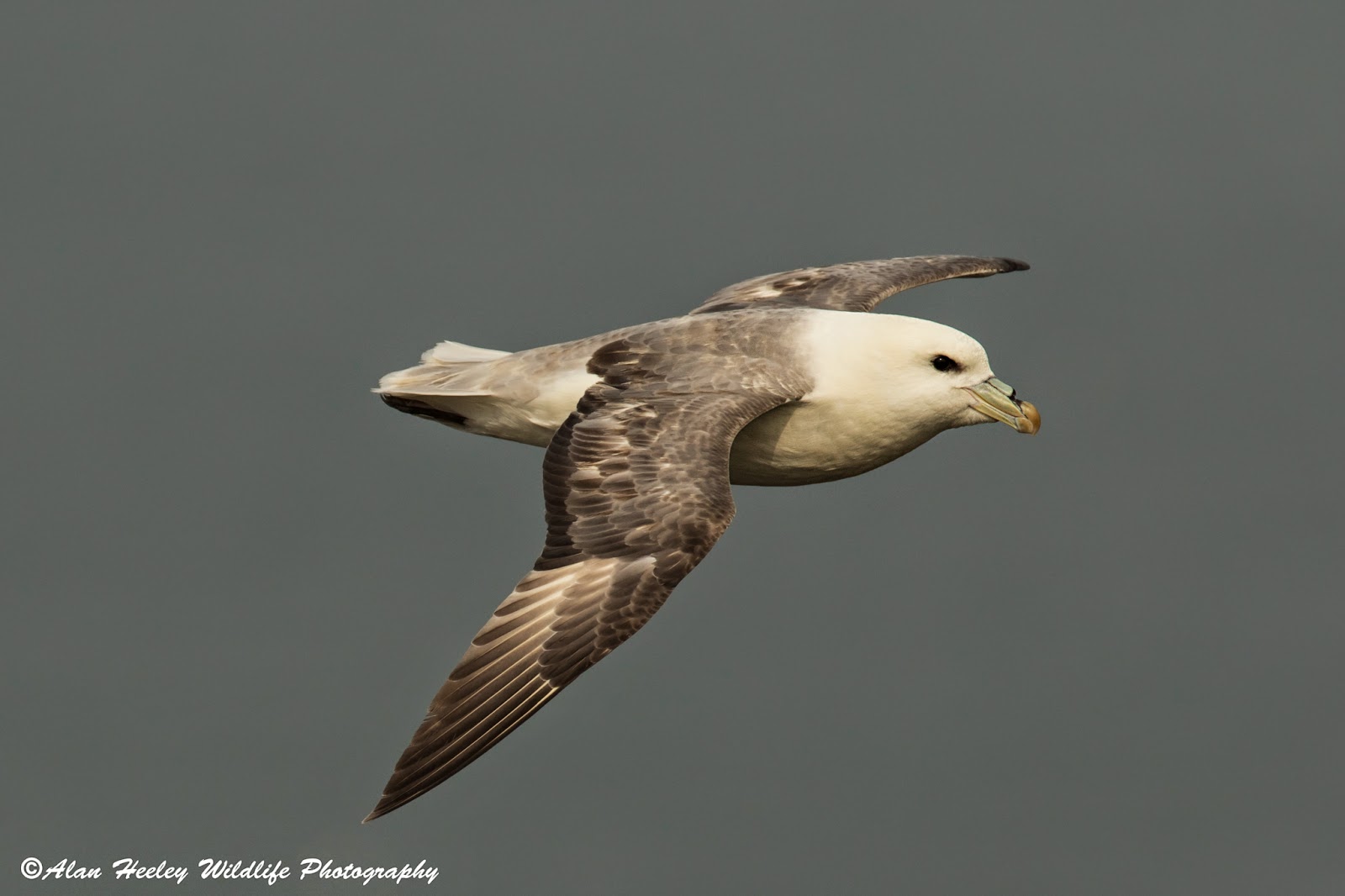 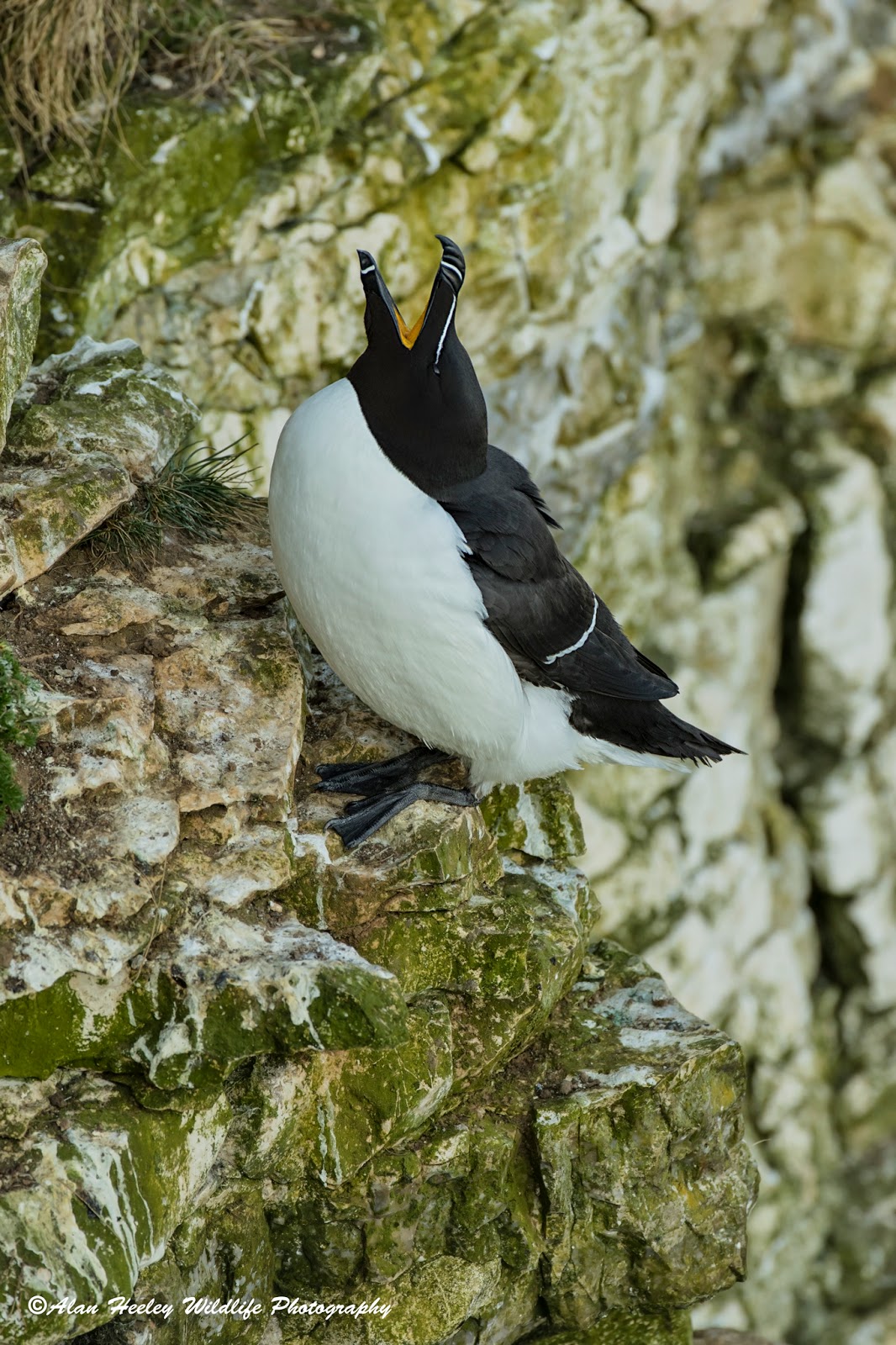