The Parrots are coming!!!!

Another reason for wanting to go down to London was to be able to photograph the Ring necked Parakeet. Now I can remember going on my first DOS trip (Derbyshire Ornithological Society) down to Sir Peter Scotts home at Slimbridge, many years back!! And as I was sat there in a packed hide I noticed this green long tailed quite big bird come onto the feeding station and without thinking just shouted out .... me its a parrot!! I had only just started birdwatching and no one had told me I was going to see a 'parrot'.

I have seen one or two in the county of Derbyshire but unlike other 'colourful' birds, Waxwing, Kingfisher for example I have never been able to capture one with my camera. 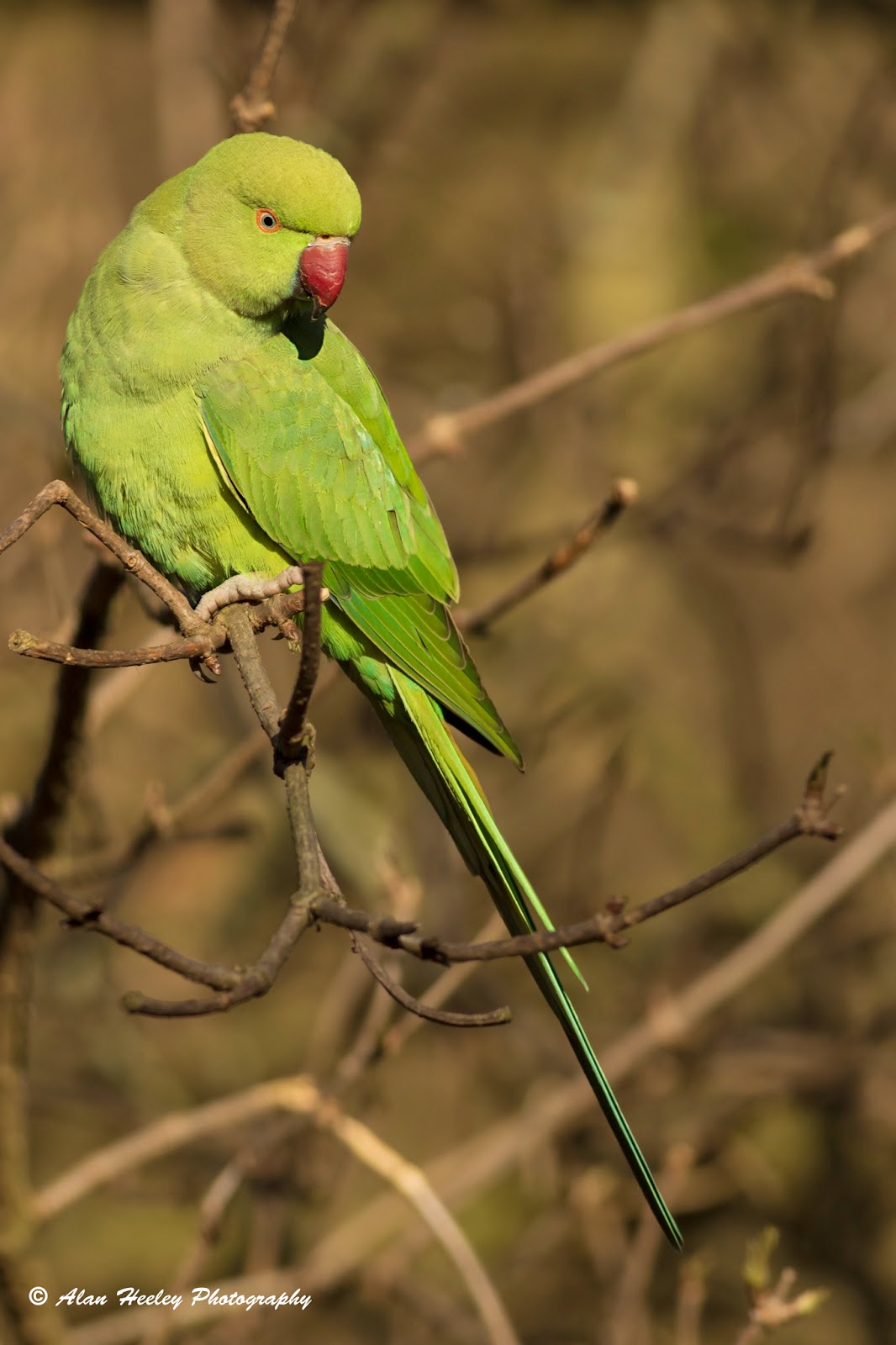 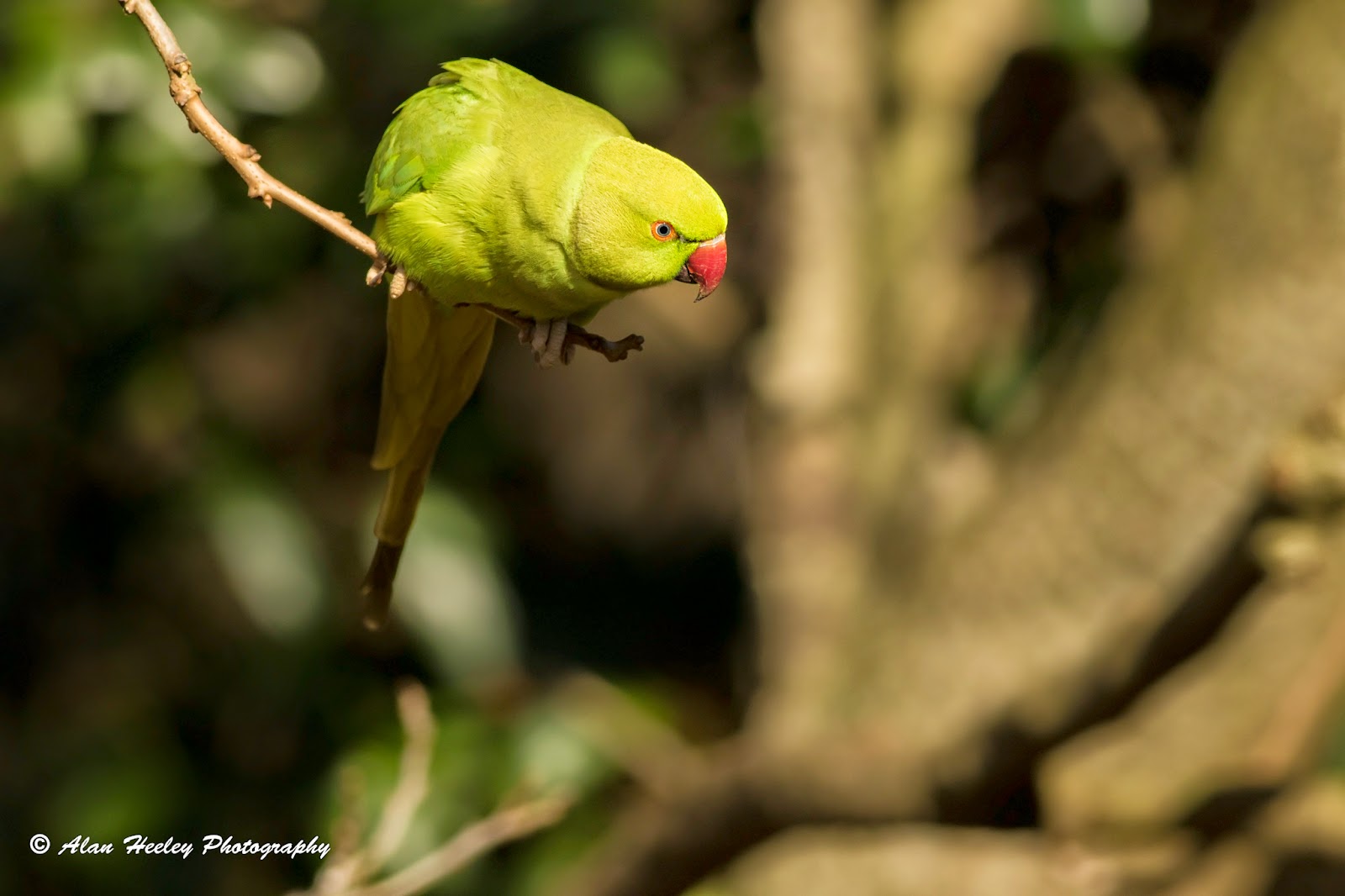 This was until now, with some help from a friend of mine Tony Duckett who works in the Royal Parks, it did not take long for me to find them, in-fact one of the many complaints regarding these birds is the noise they make it was this that soon had me taking my first pictures of these birds, dare I say it after nearly 30 years from seeing my first one. 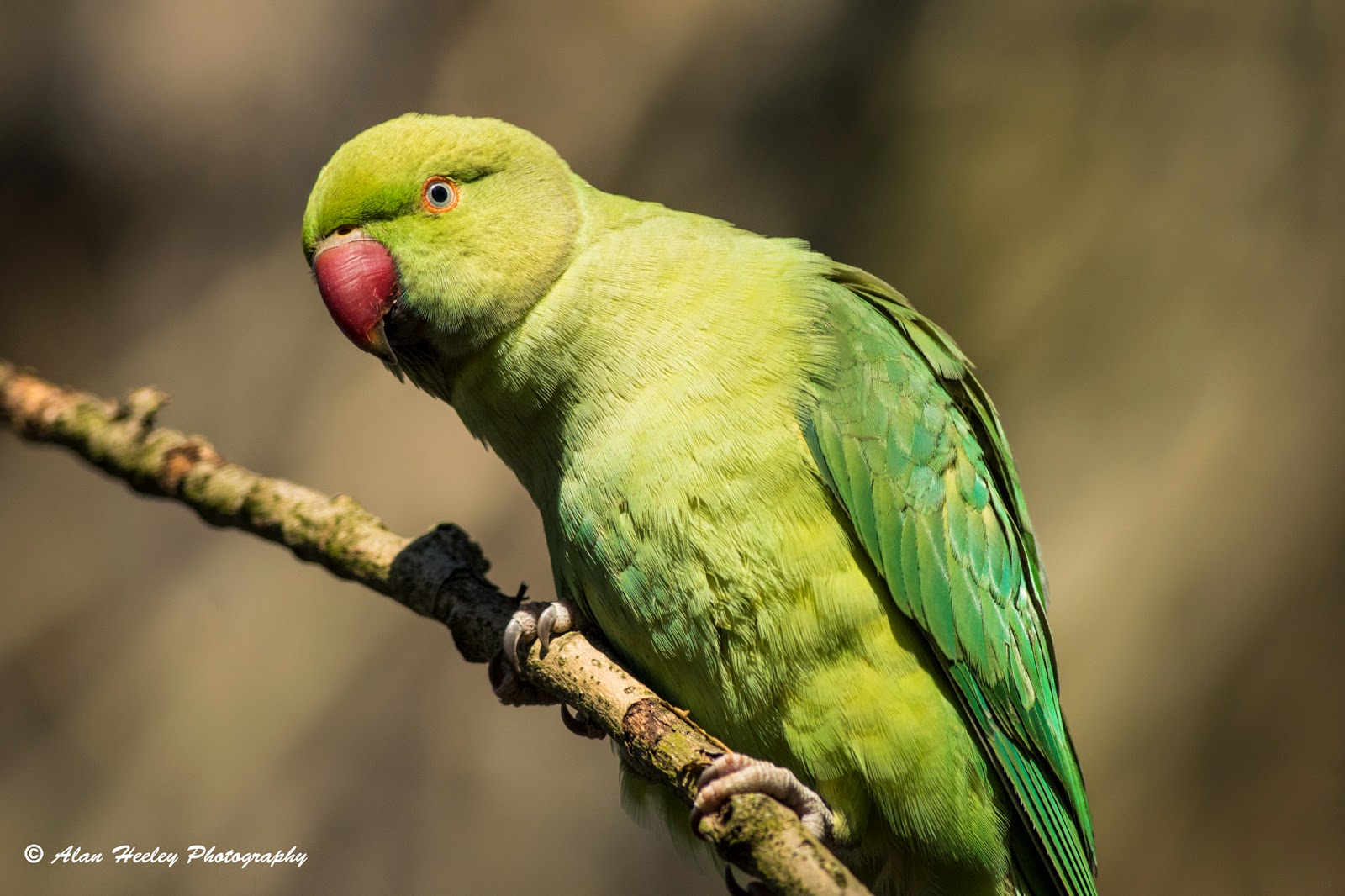 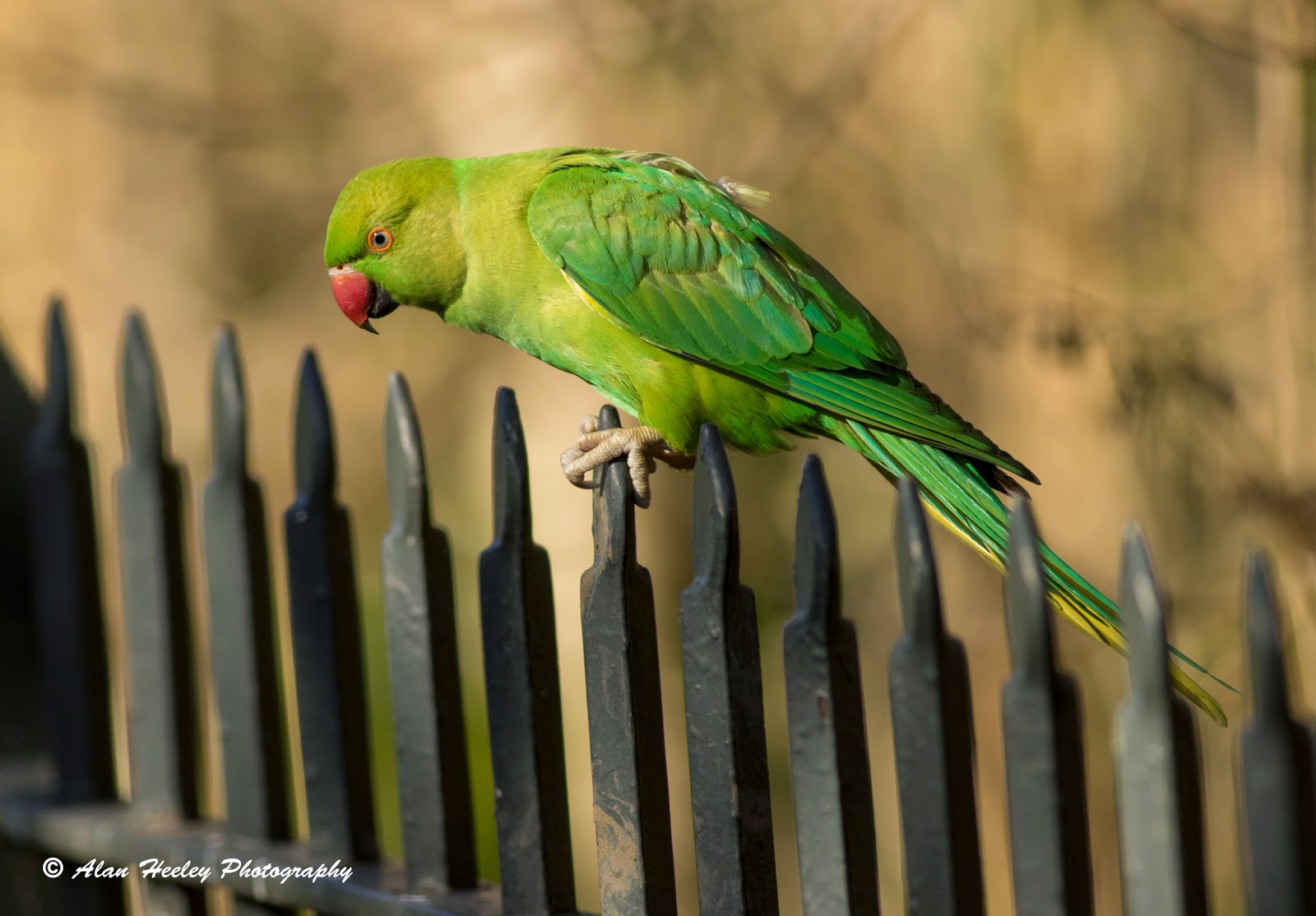 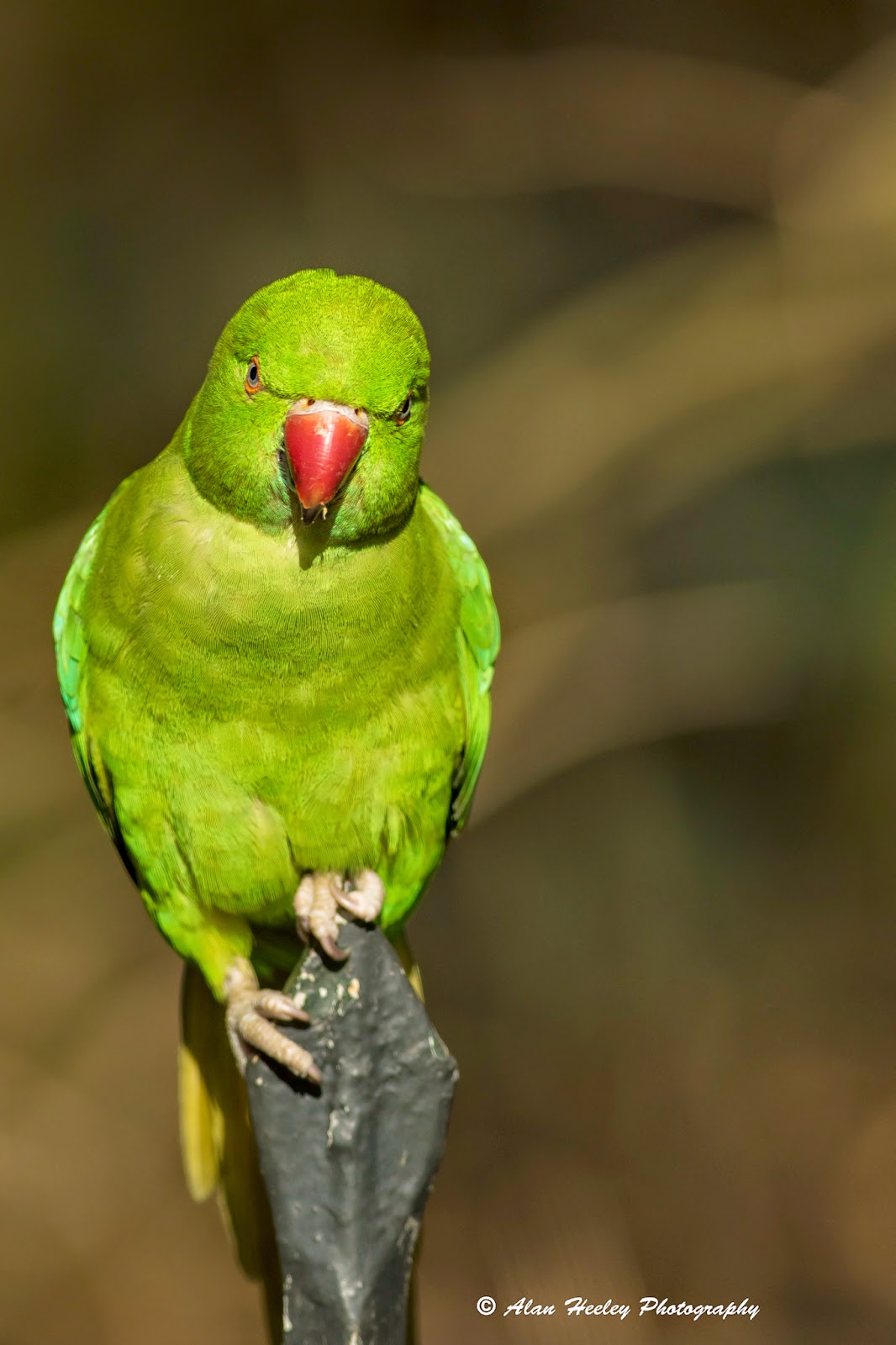 These birds first started breeding in the South and South East in the late 60's, and how they got here, well you can believe which ever story you like!! But as it stands now they certainly have been successful, to the point that Natural England have declared that they are officially a pest. Many people fear that they will damage native wildlife and crops and I suppose like most non native introductions into this country there is always a set back to our native wild life. 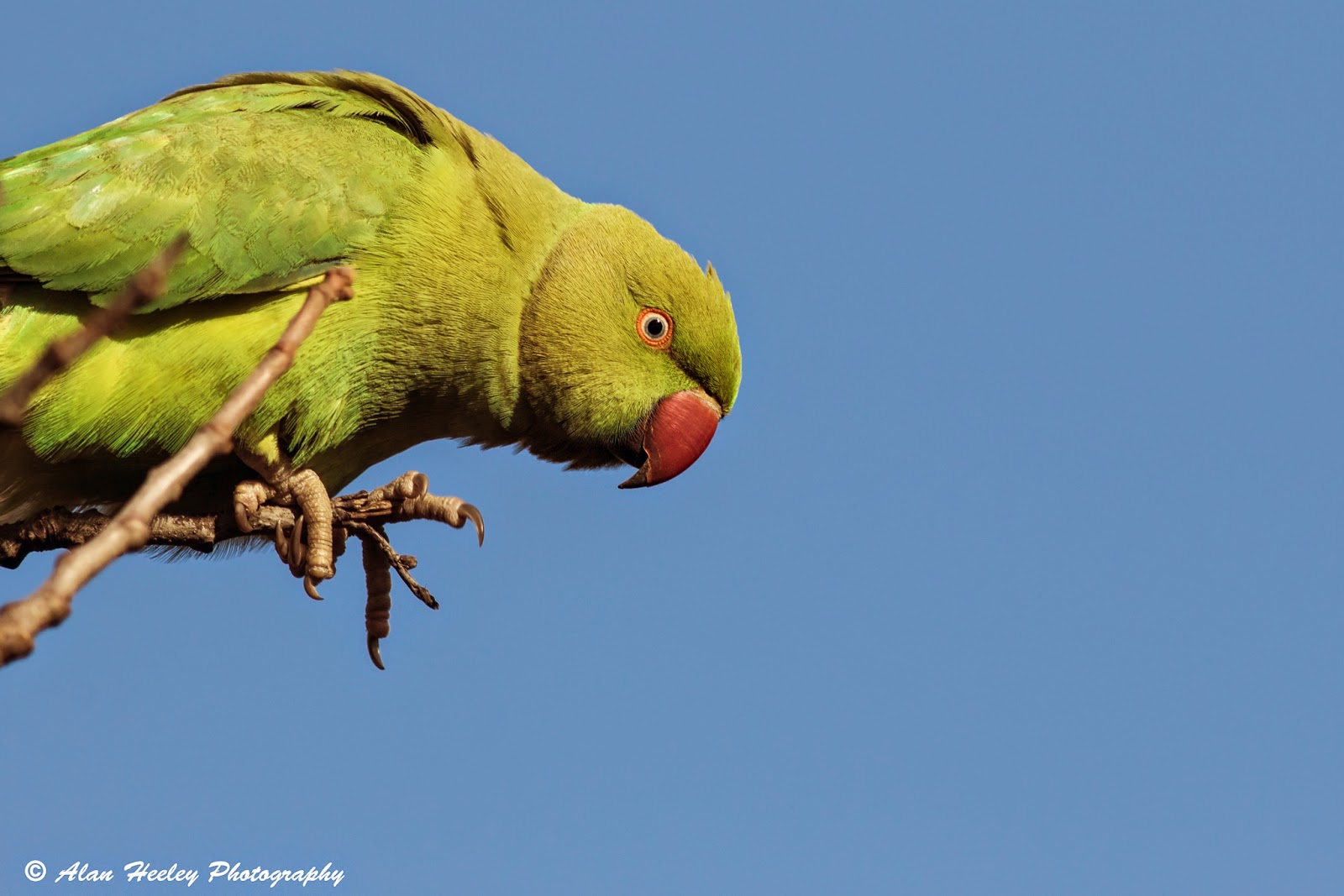 But once again when you talk to people who see them most days and have them in their own backyards you do get a mixed reaction some love em and some hate em, myself, well I still cannot make up my mind!!!! 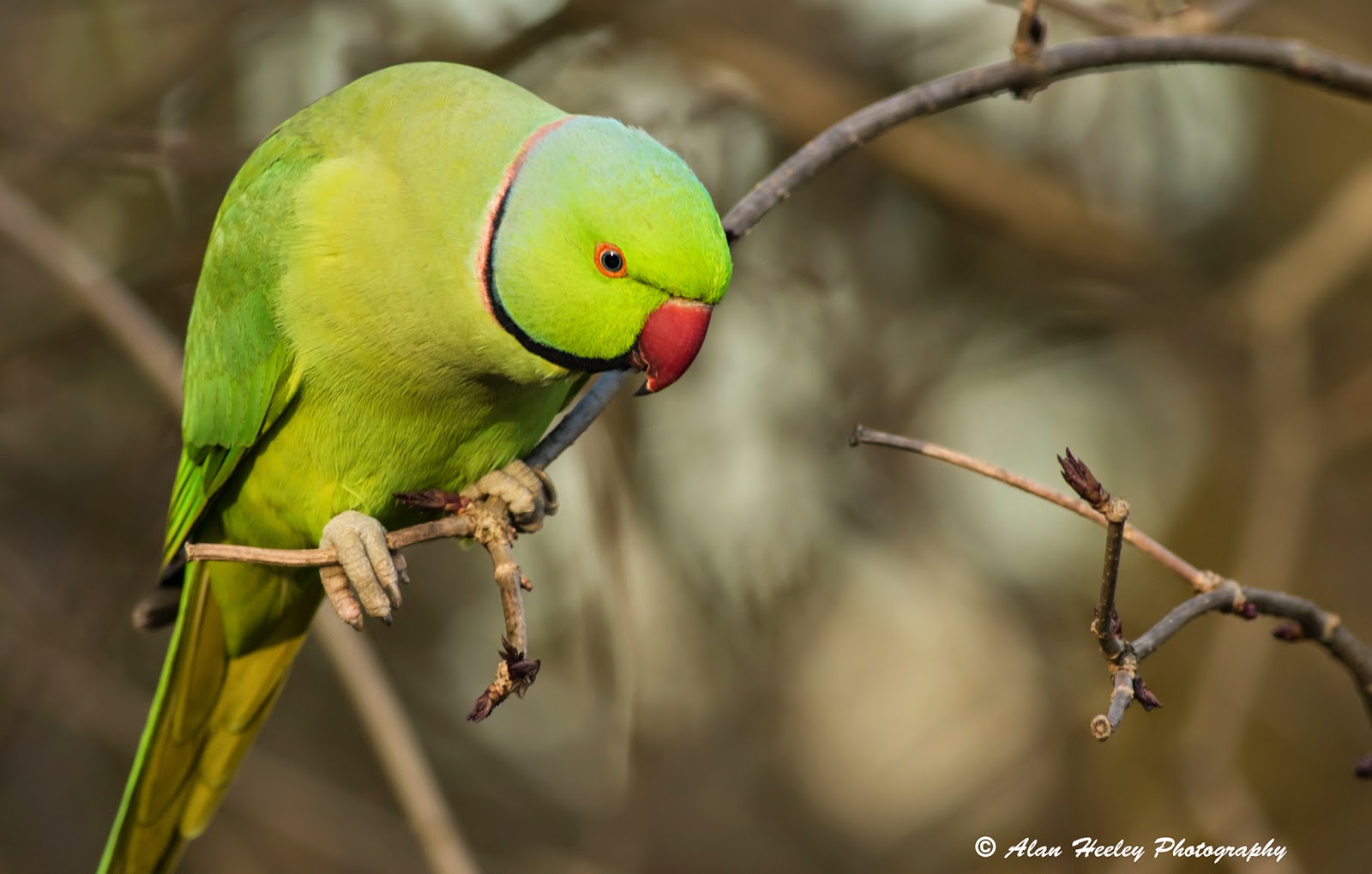 I have added this photo because I realised that all the other pictures are of female birds, they lack the collar ring! This then is a male............... Thanks for looking.