I have been fortunate to be able to visit this pair of Kestrels and witness their young grow on a weekly basis, and how they do come on. I have visited in the early evening but the nest site is deep in shadow so early mornings up to late afternoon have been just fine .


There are actually four young in the nest site, unfortunately the maximum I ever got to see was three, mainly because the nest site entrance was very narrow, ok you might say well they look all-right now but believe me when food came it was chaos. 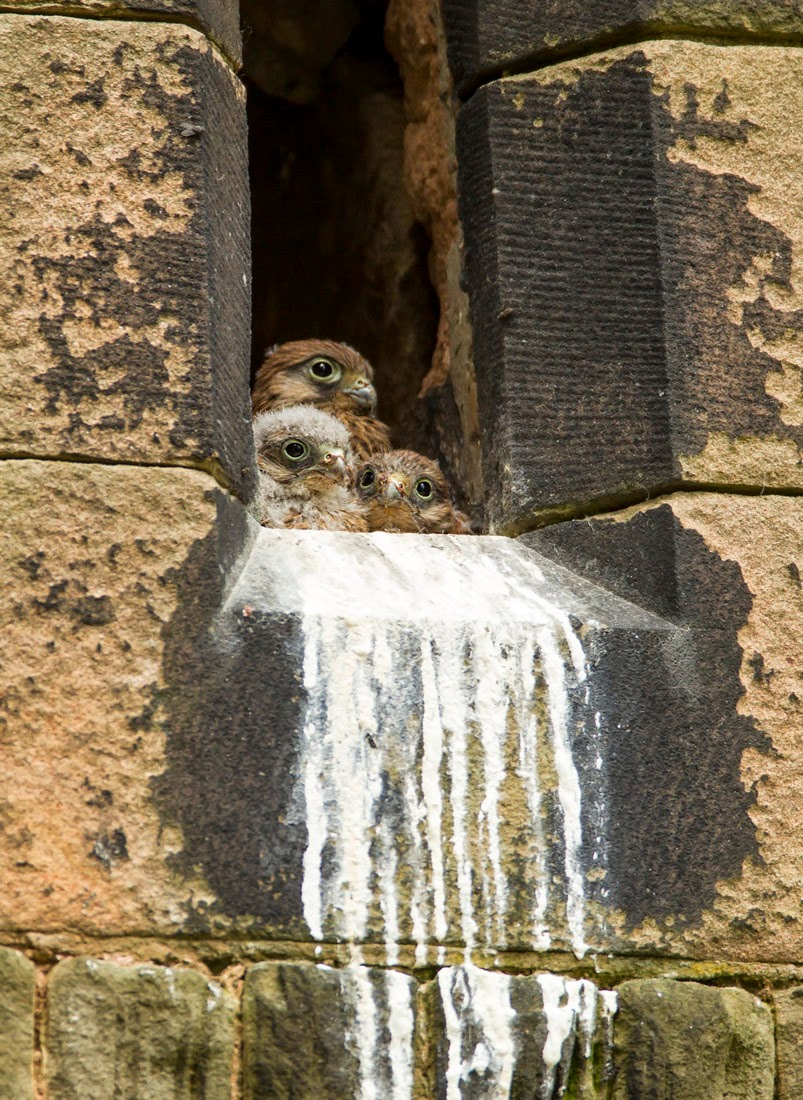 On most occasions this is the scenario, the largest of the young (stood at the back in picture above) see's the adult coming in with prey, as soon as the others start to call he just muscles his/her way to the front, shoving his siblings out of the way, and sometimes even out of the nest site! 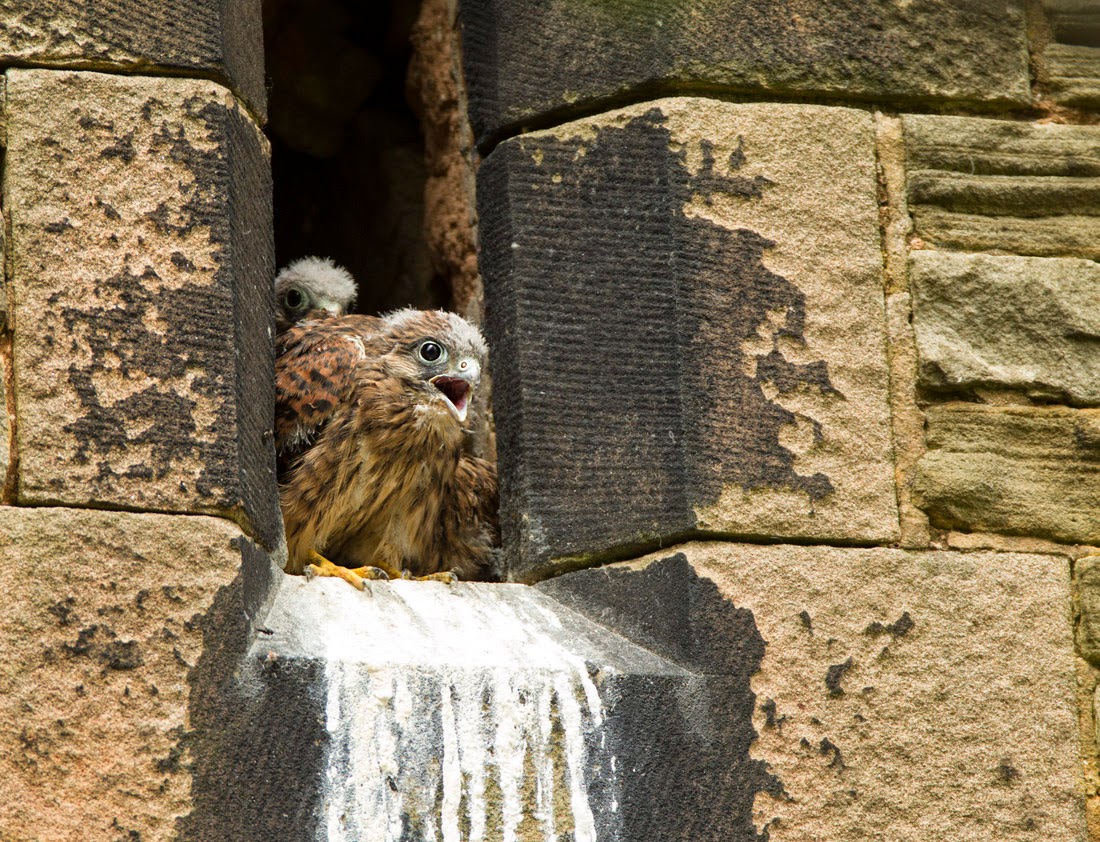 Then of course when the adult does get to the ledge he/she his first in the queue, nearly every prey item that has been given to the young has been a Short tailed field vole. 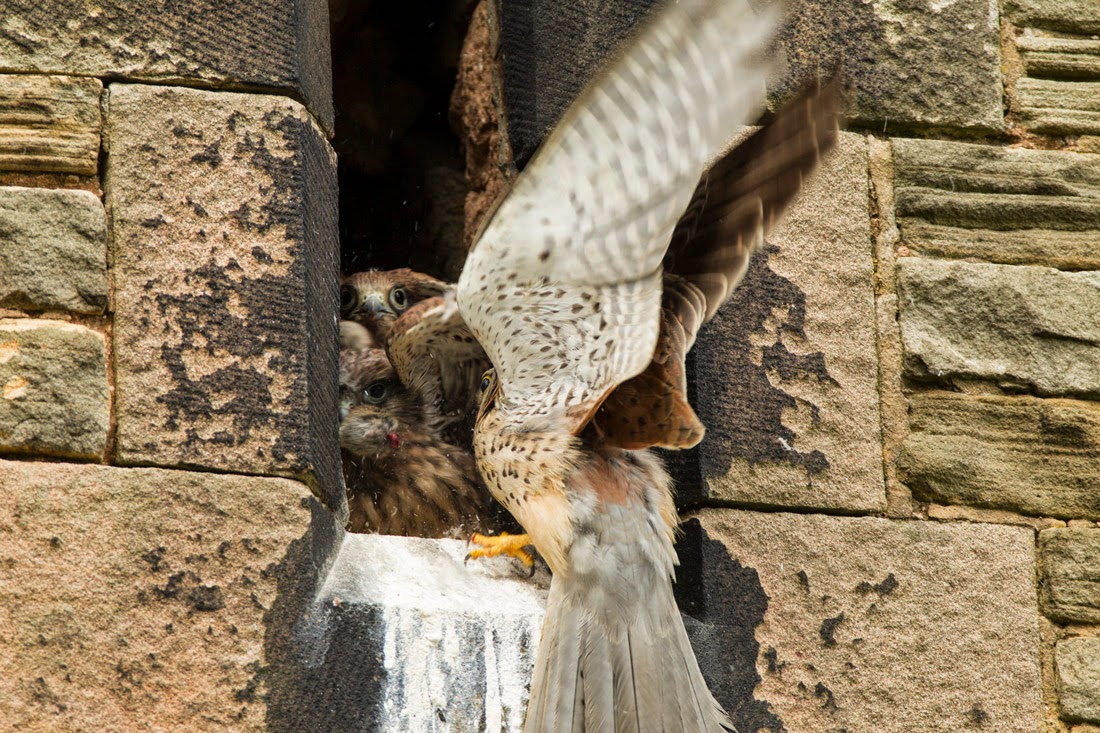 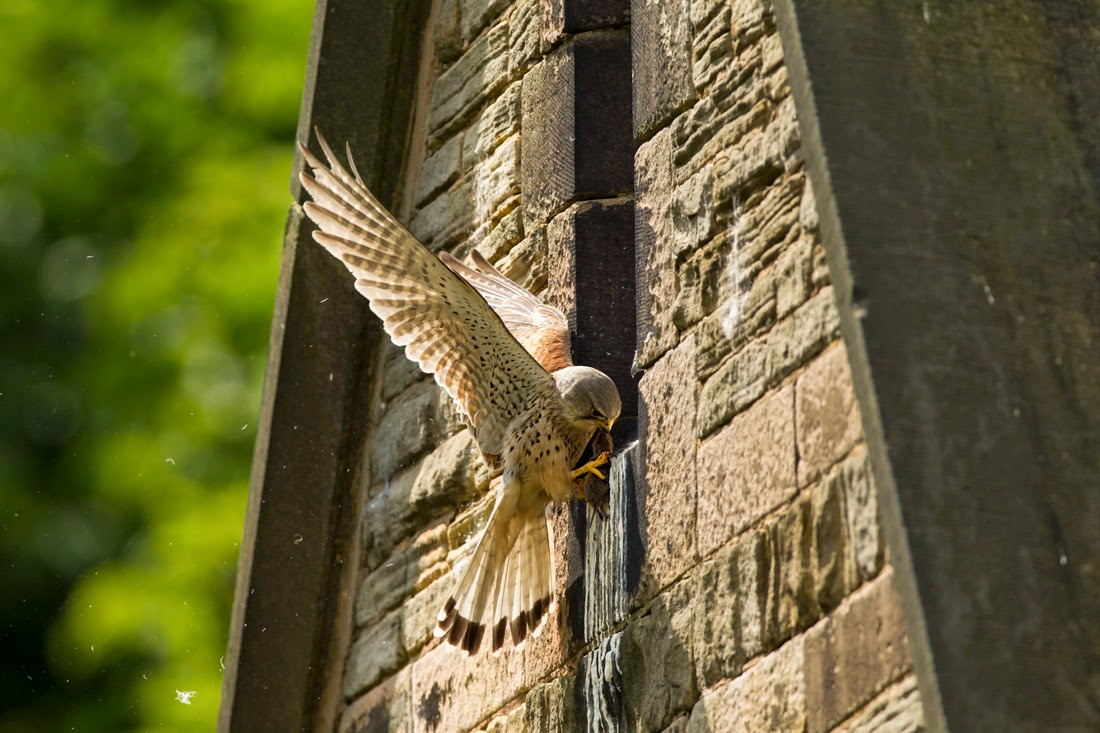 This last shot was taken when two of the young where near to fledging and the other two were still a few days behind, even though the younger chick looks taller (must be on tip toes)!! 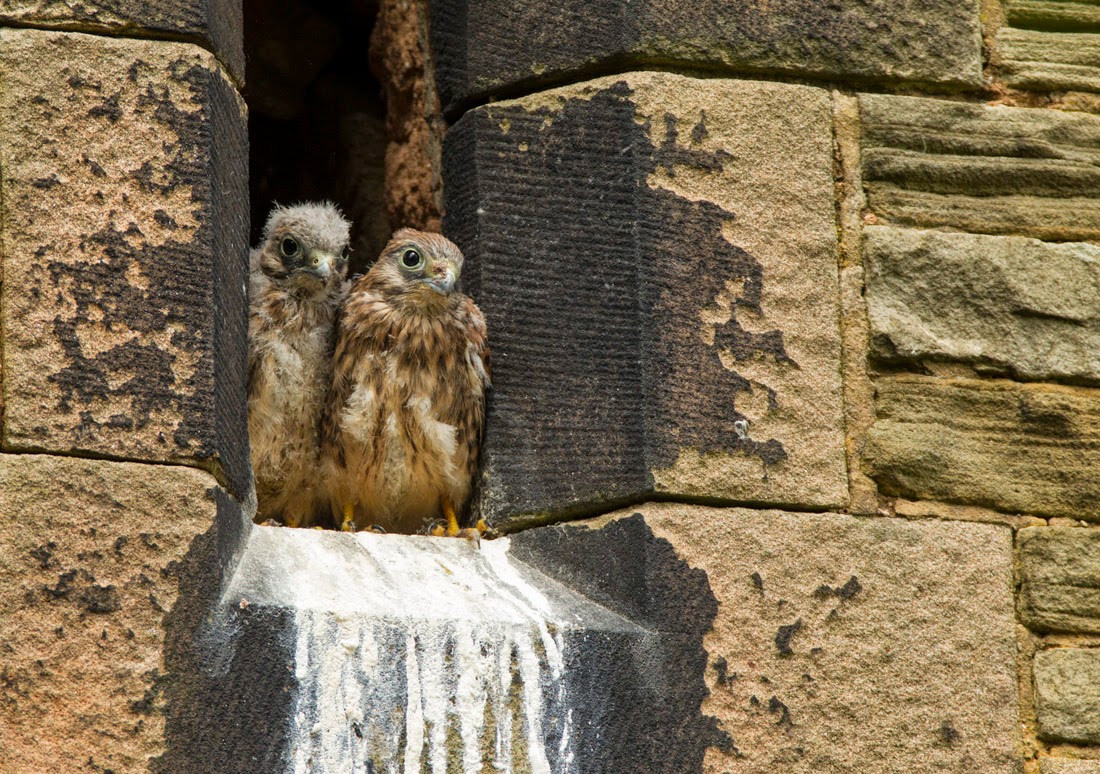 I will soon post more pictures of when the birds have fledged
Posted by Unknown at 19:50