Had originally tasked myself to look for Slow worms but like always were they were the day before as soon as I go they have moved on.

So with a couple of hours to spare the most abundant creature to be hanging around where Snails and I thought it was time to get the Macro lens or more the case this time the small zoom with the extension tubes on.

I was told that the trick (in most things you photograph) try to get the eyes in focus, ok if it is anything but  a Snail you are photographing!!

No good trying from this angle! 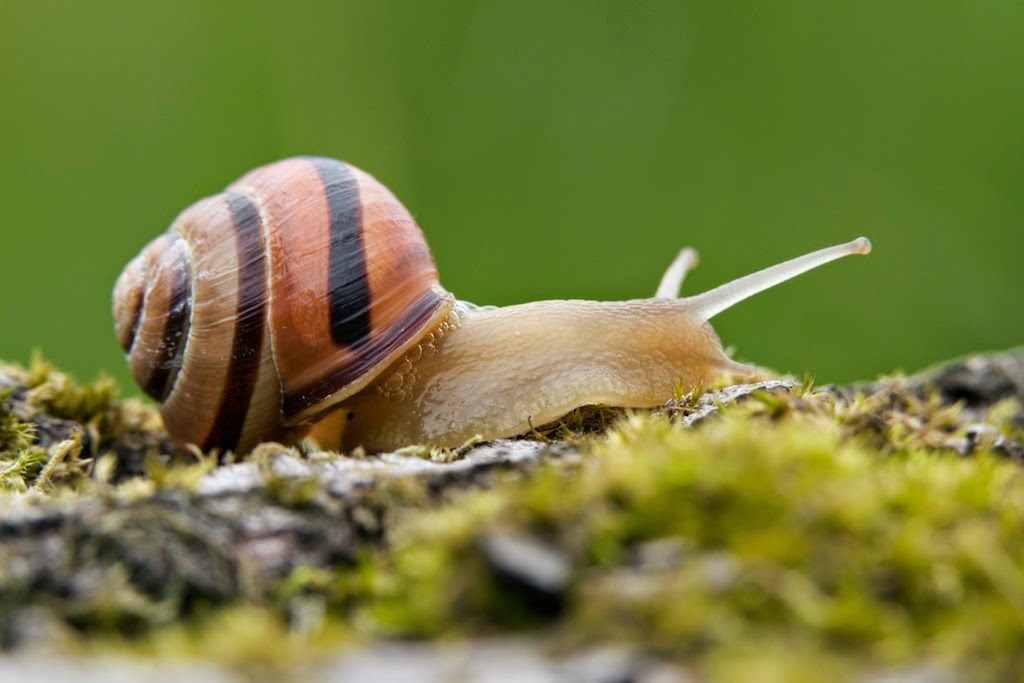 So I tried from this angle, never did say it was going to be easy! 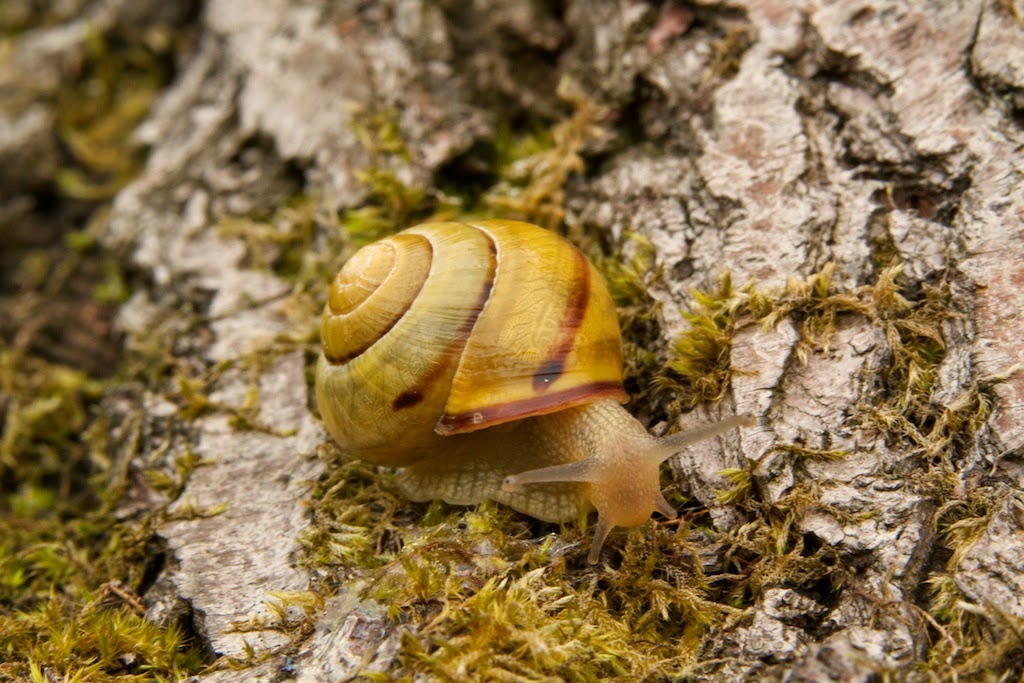 I even tried when the eyes first started to appear 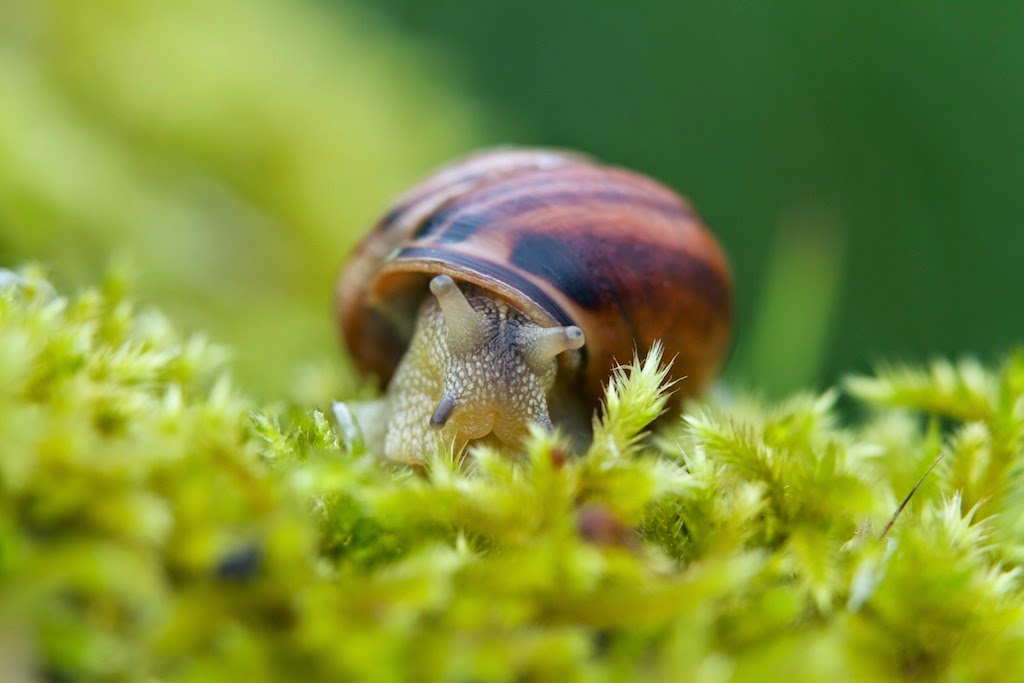 I managed one eye (fairly) sharp 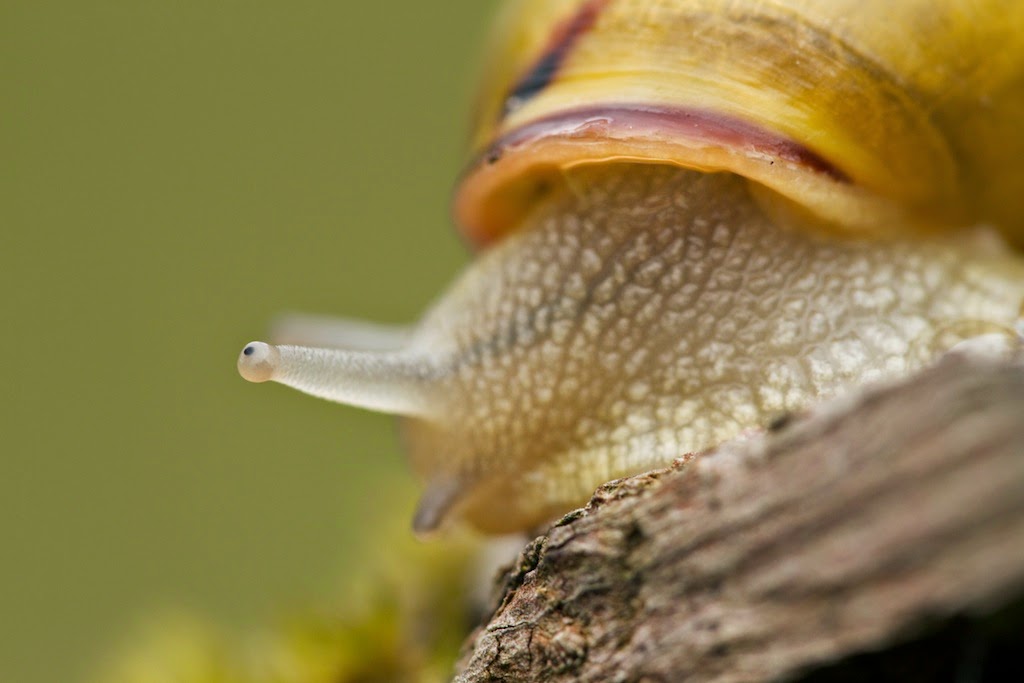 And then after many shots I got two (fairly) sharp!! 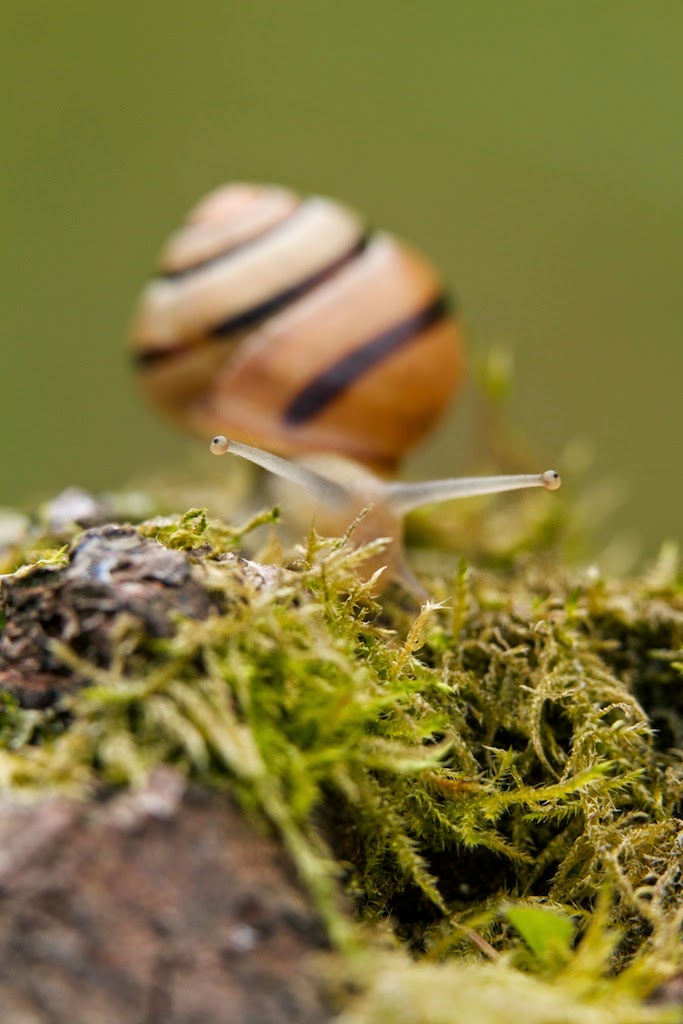 You know how on this Blog I say "I will have to go back" if there is anyone that reads this; please do not hold your breath!