You know how it is, you cannot sleep so you get up and decide to take a drive!!!! This is what I needed to get out on my own and prove to myself that I can go out and stay out for a while and things will be ok. This is after being off work now for four months after my heart attack, it is strange how your mind works but this was the tonic and push I had to do.

So at 04:00 hours (yes thats right) I set off; it was already turning light when I arrived and the sun was just coming up, the first bird I photographed was a Red Grouse with frost on it's back, the cars temperature gauge was saying -2!! But this was not what I had come for; for around 8 years I have been coming to this certain area and have been on the lookout for Black Grouse but was never lucky enough to see them but not any more. I drove along this narrow road high up on the moors and there they were two groups of males displaying on their lek sites, their bubbling calls getting louder as I pulled up and watched this fantastic display. I watched for nearly an hour and knowing that there was not a remote chance of getting any photography done I decided to go and find other high moor species, but to my surprise 200 yds up the road there was a lone male displaying all by itself in the middle of this narrow road, I managed 4 pictures before it flew off and headed higher up on the hill.

Here is one of those picture's I managed to get along with a few others.


Male Black Grouse....you can just make out the gravel at the side of the road. 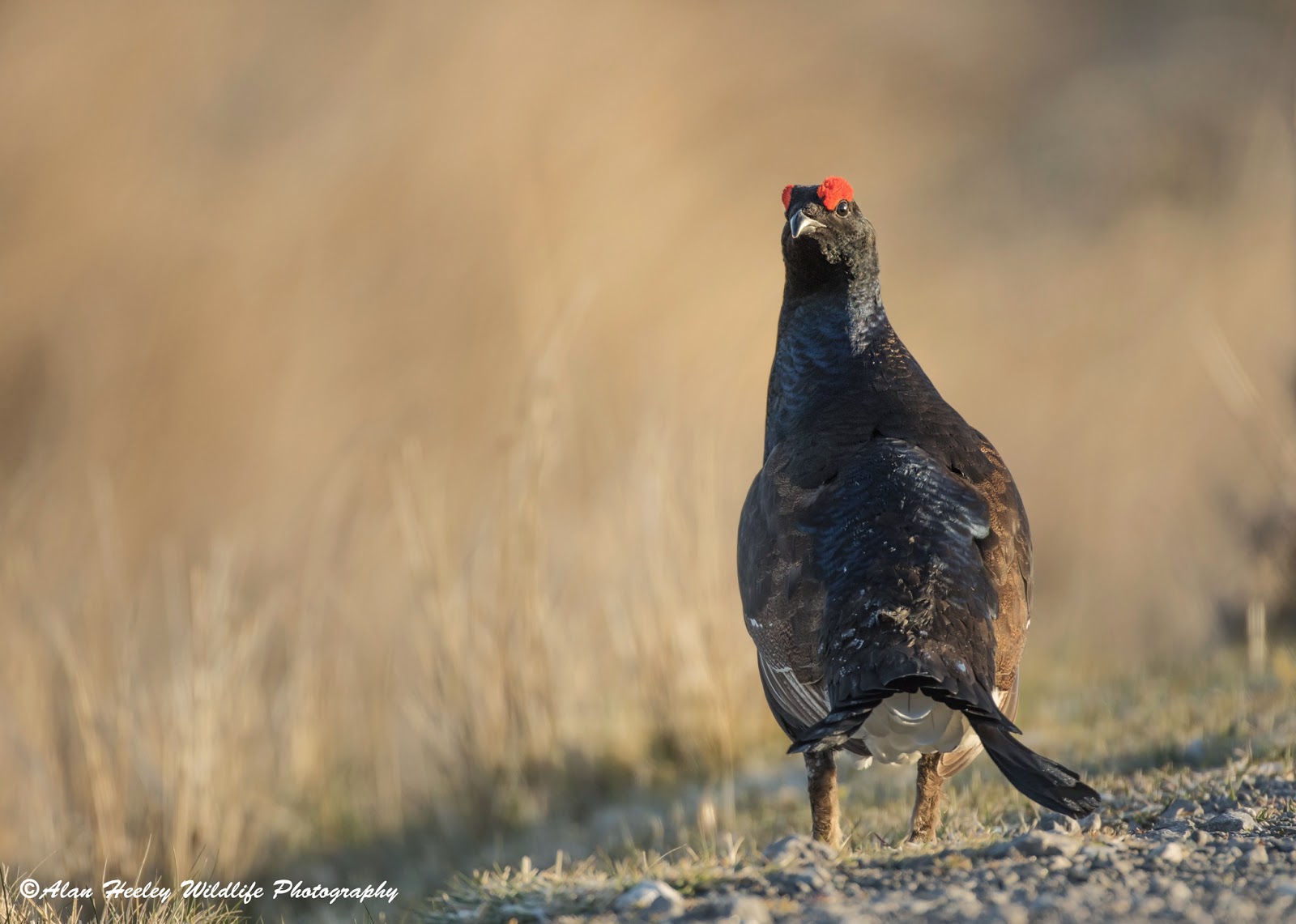 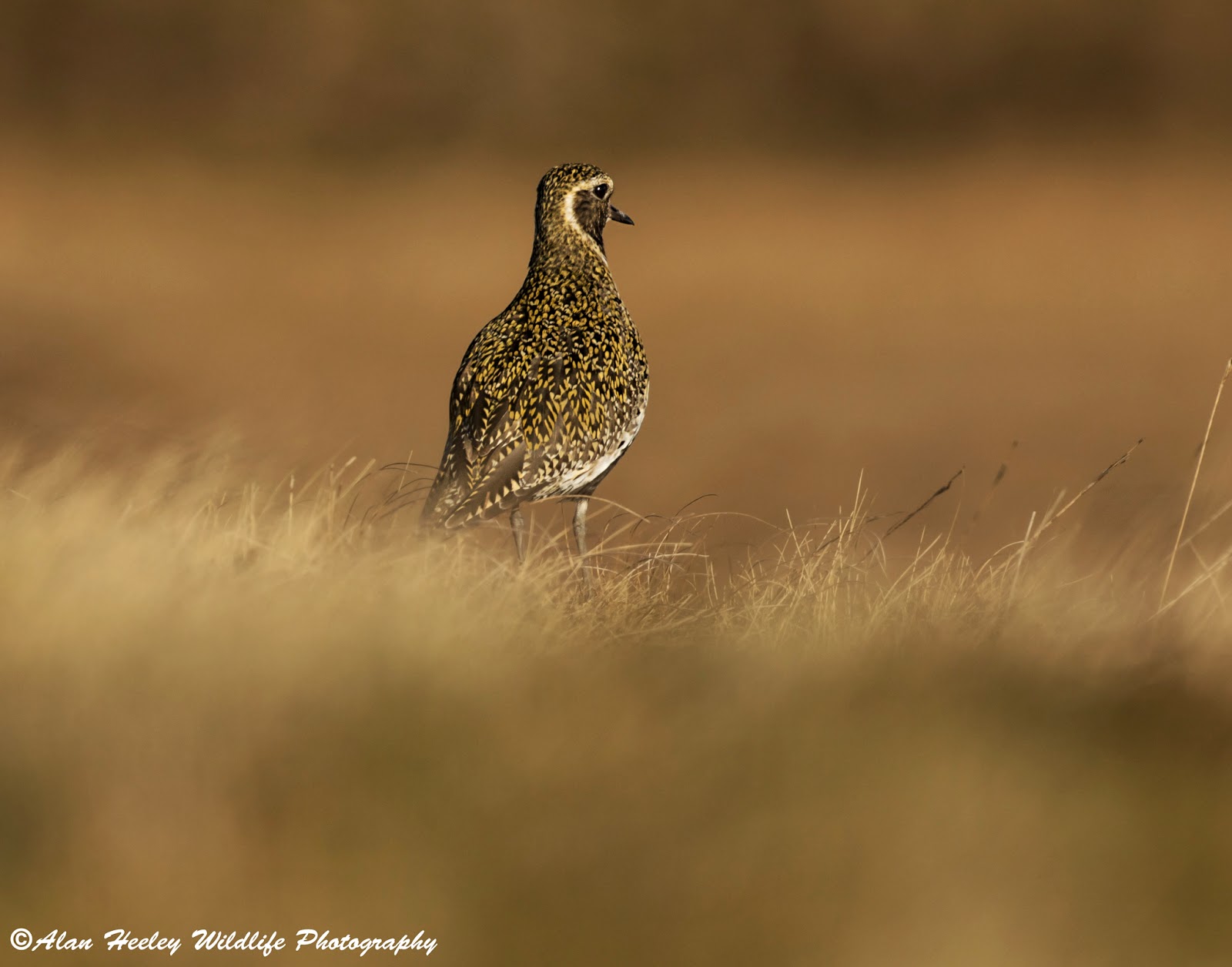 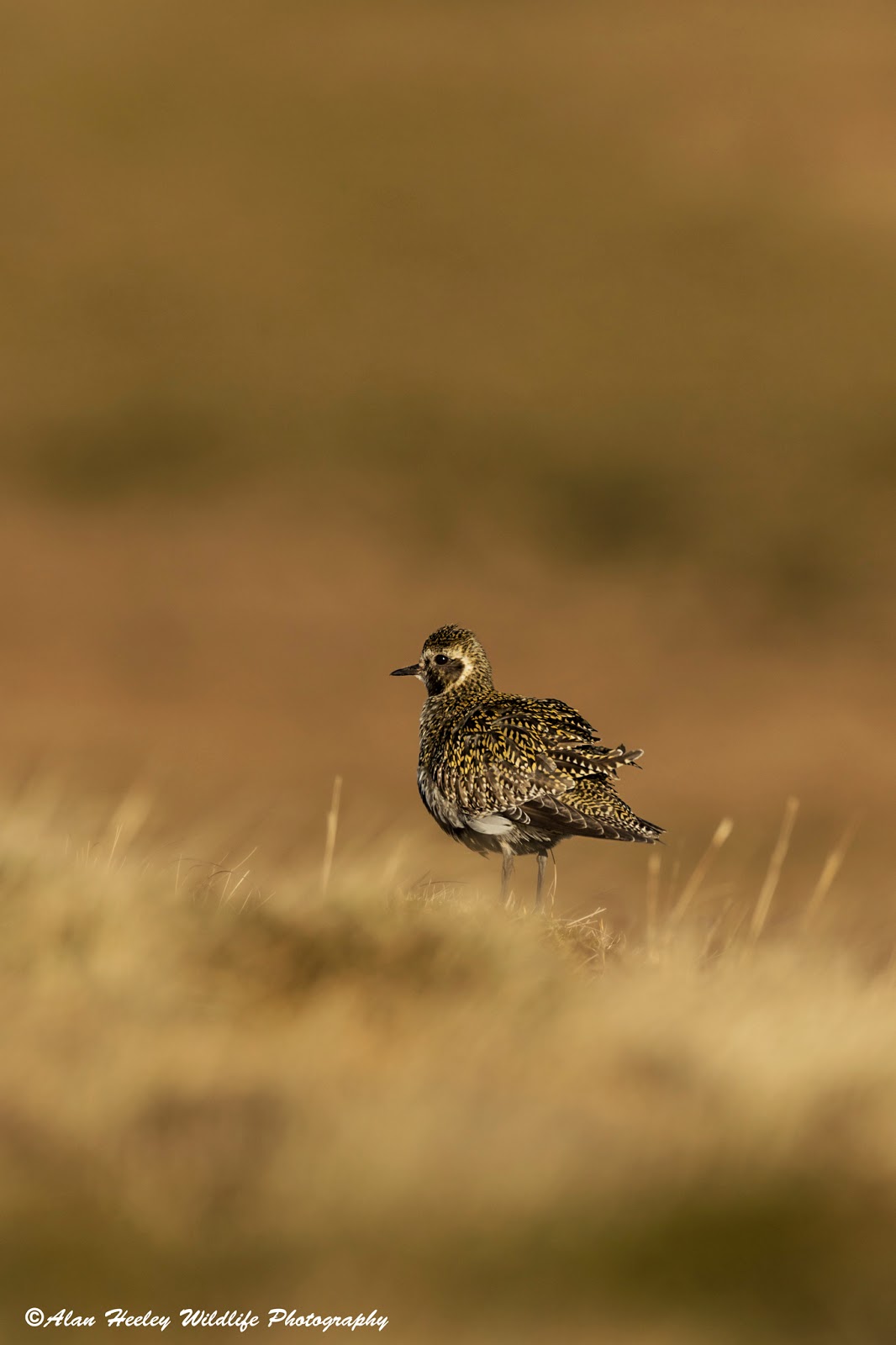 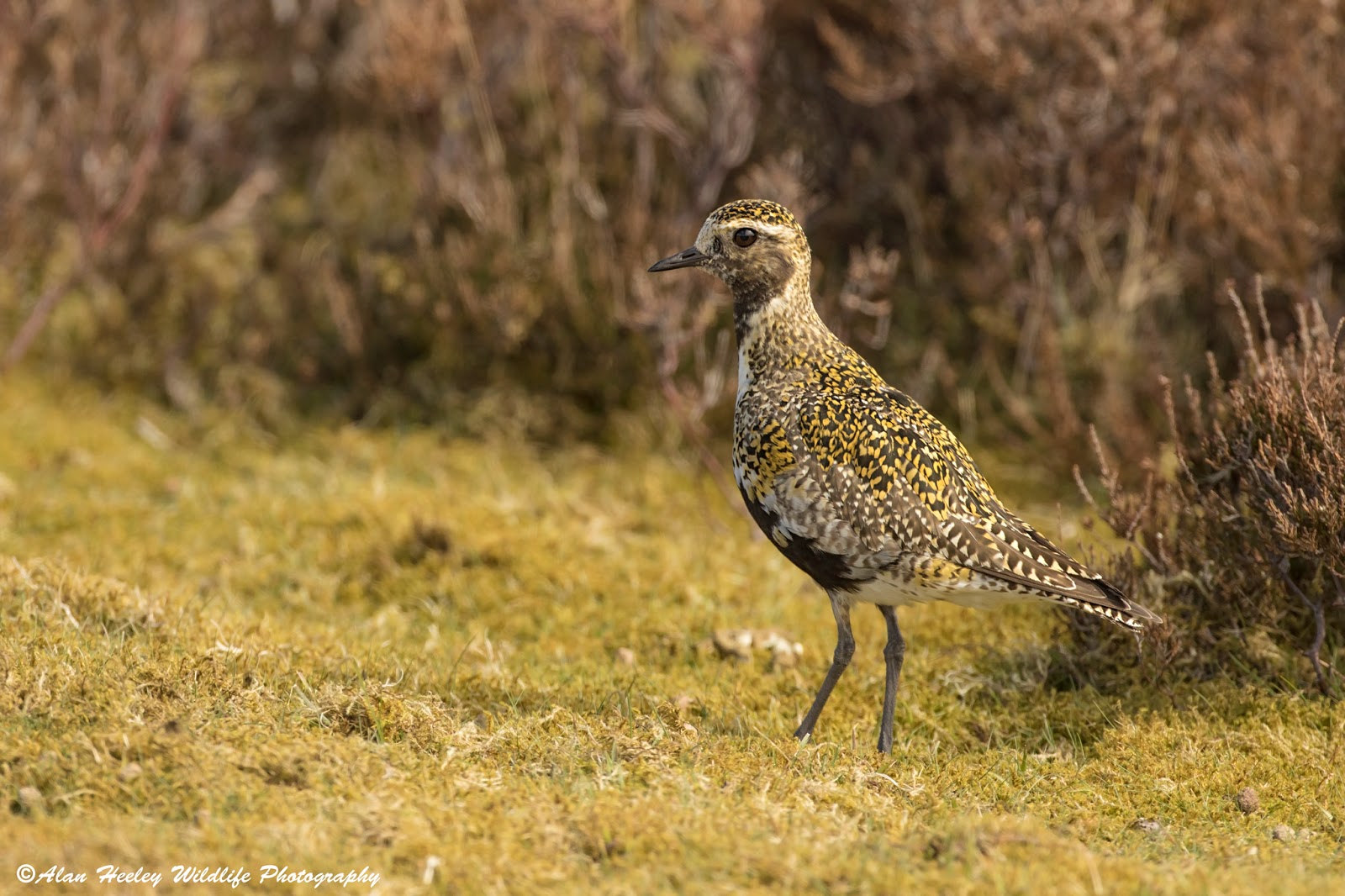 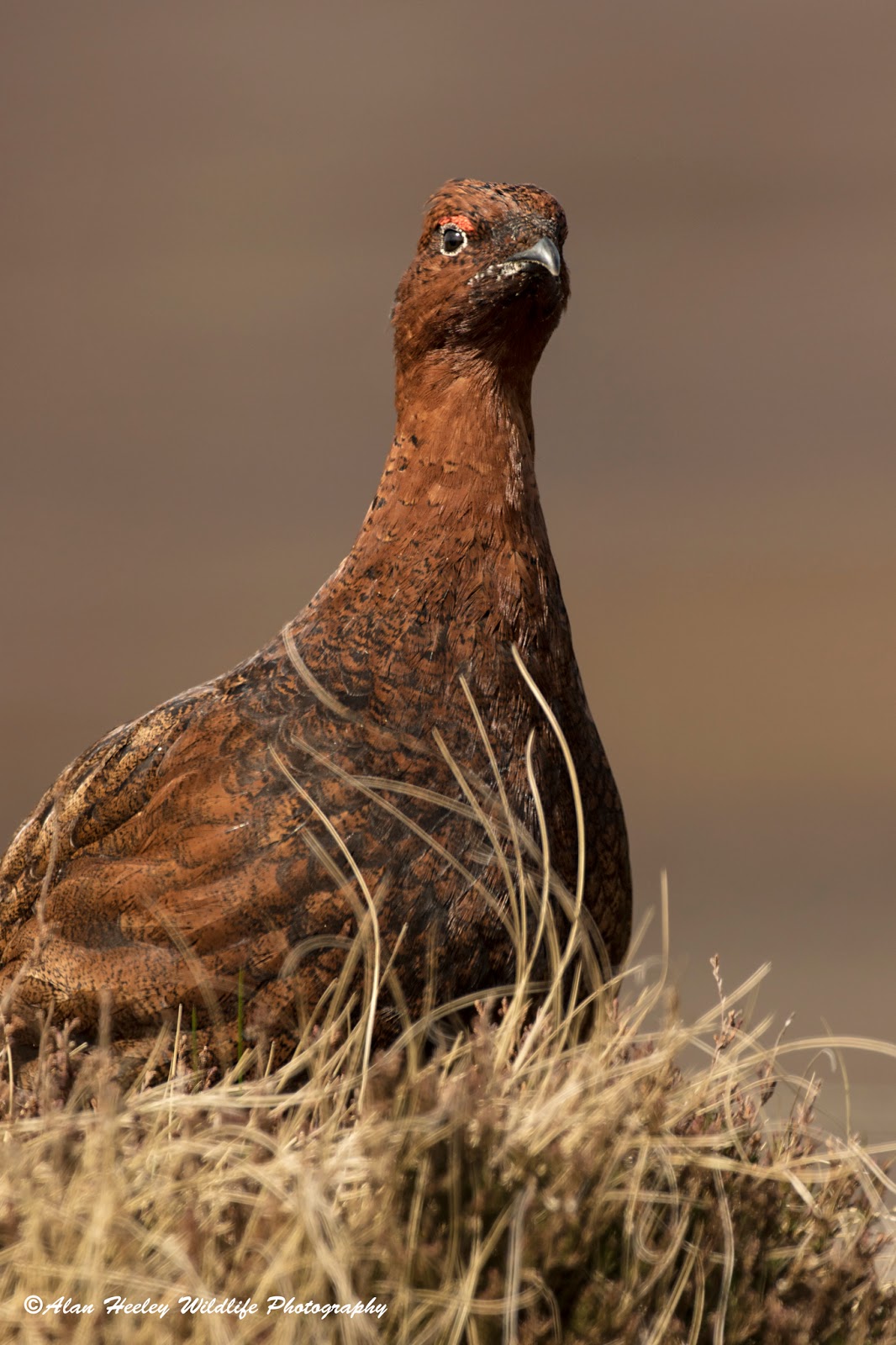 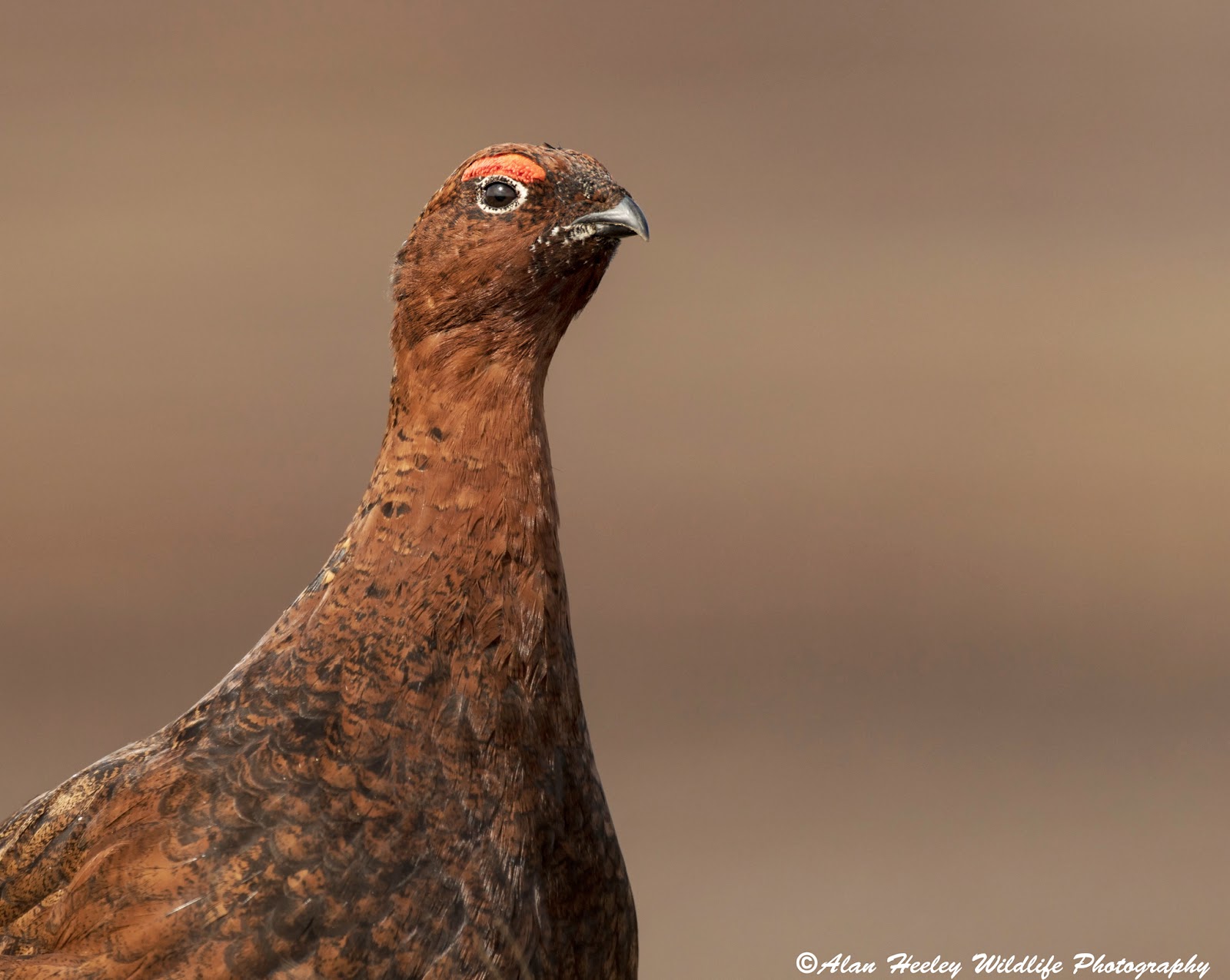 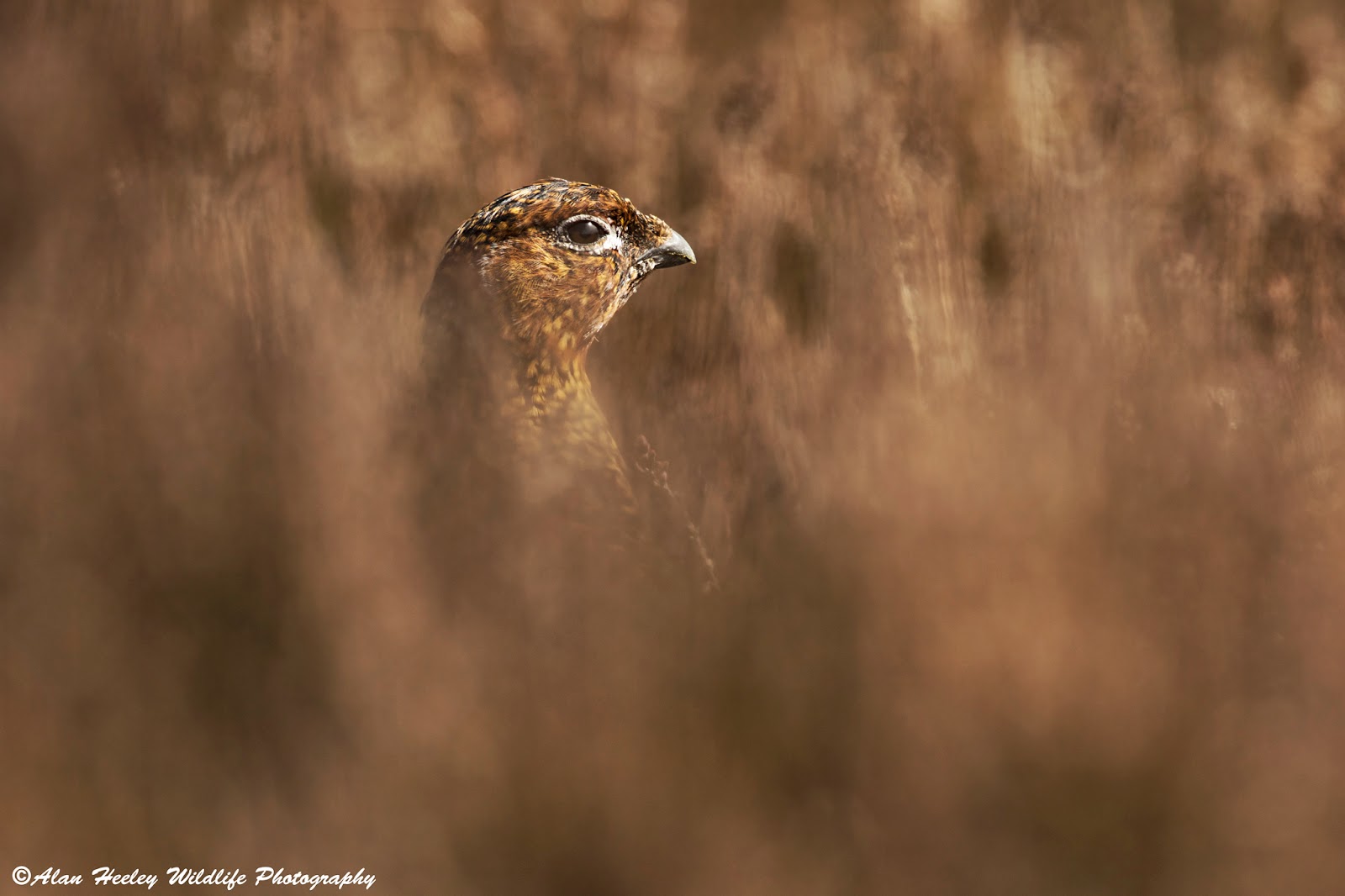 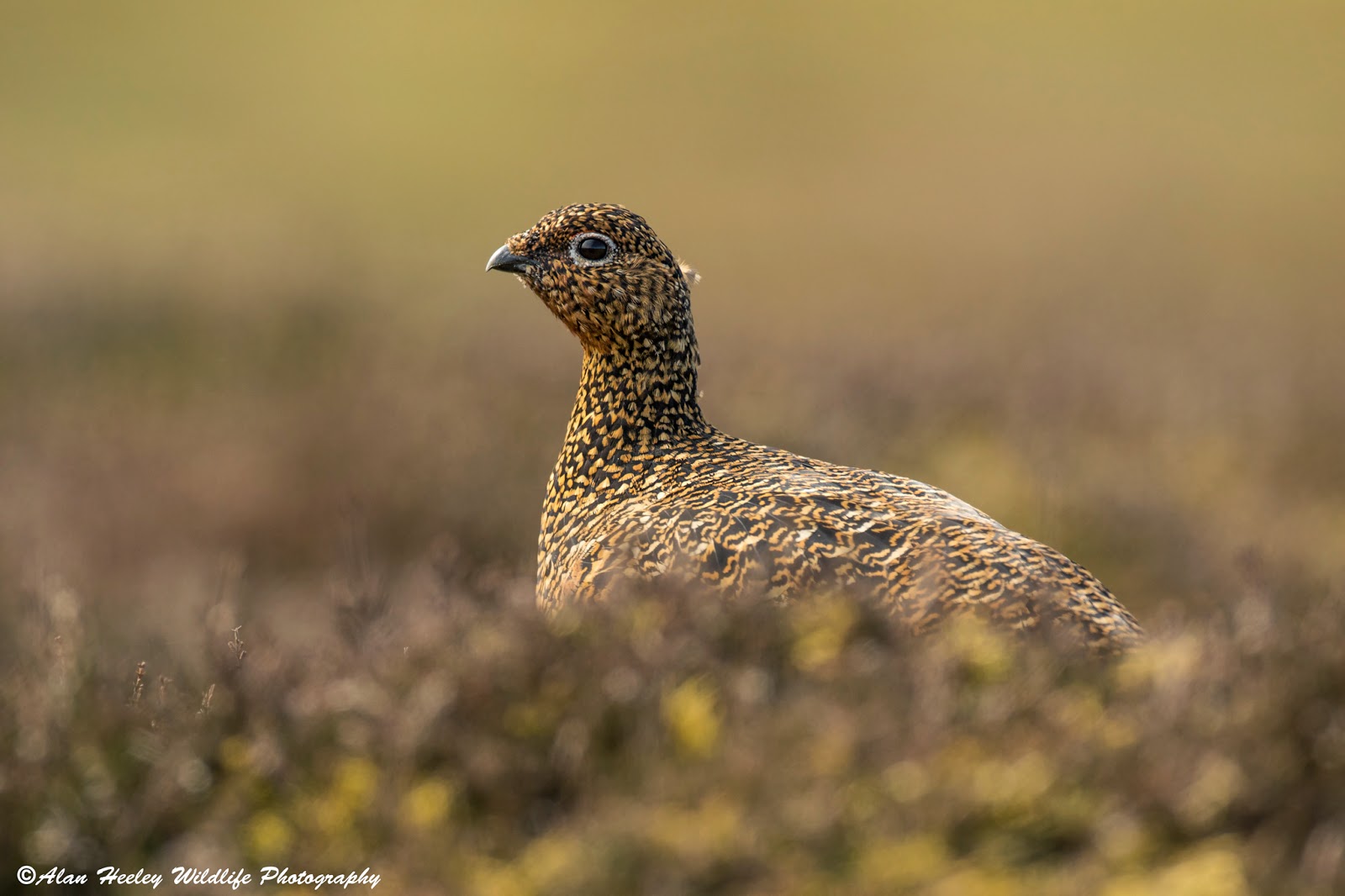 Thanks for looking.
Posted by Unknown at 21:07