Apologise for the delay in posting about the Red Deer, I have been caught up with a couple more projects that have taken a little more time than anticipated.

For once (or was it twice) the weather gods were on my side and I managed a couple of early starts up on the moors. The first day I could not get myself into position early enough so that I could take advantage of a brilliant sunrise, but never mind there is always tomorrow; how wrong can you get??

You do not have to go far onto the moors to find yourself a stag with hinds, but, if you want a bit of action then be prepared to put in some miles and at the end of it; well one false move and you will watch your stag disappear over the next rise.

At one point I was surrounded by eight stags all with their ladies in tow and all getting on with letting each other know who was boss! After an hour or so I had been watching a pair of stags that had been sizing each other up, and one had already lost a few of his hinds to the other when it all kicked off. At the time it did I was probably half a mile away but as I could see through my binoculars they were not messing about. It was a hard walk back uphill and by the time I got to photograph the two stags they were still going for it, the battle went on for twenty minutes or so until the older looking stag decided that was it for him, running off and leaving behind fourteen hinds. 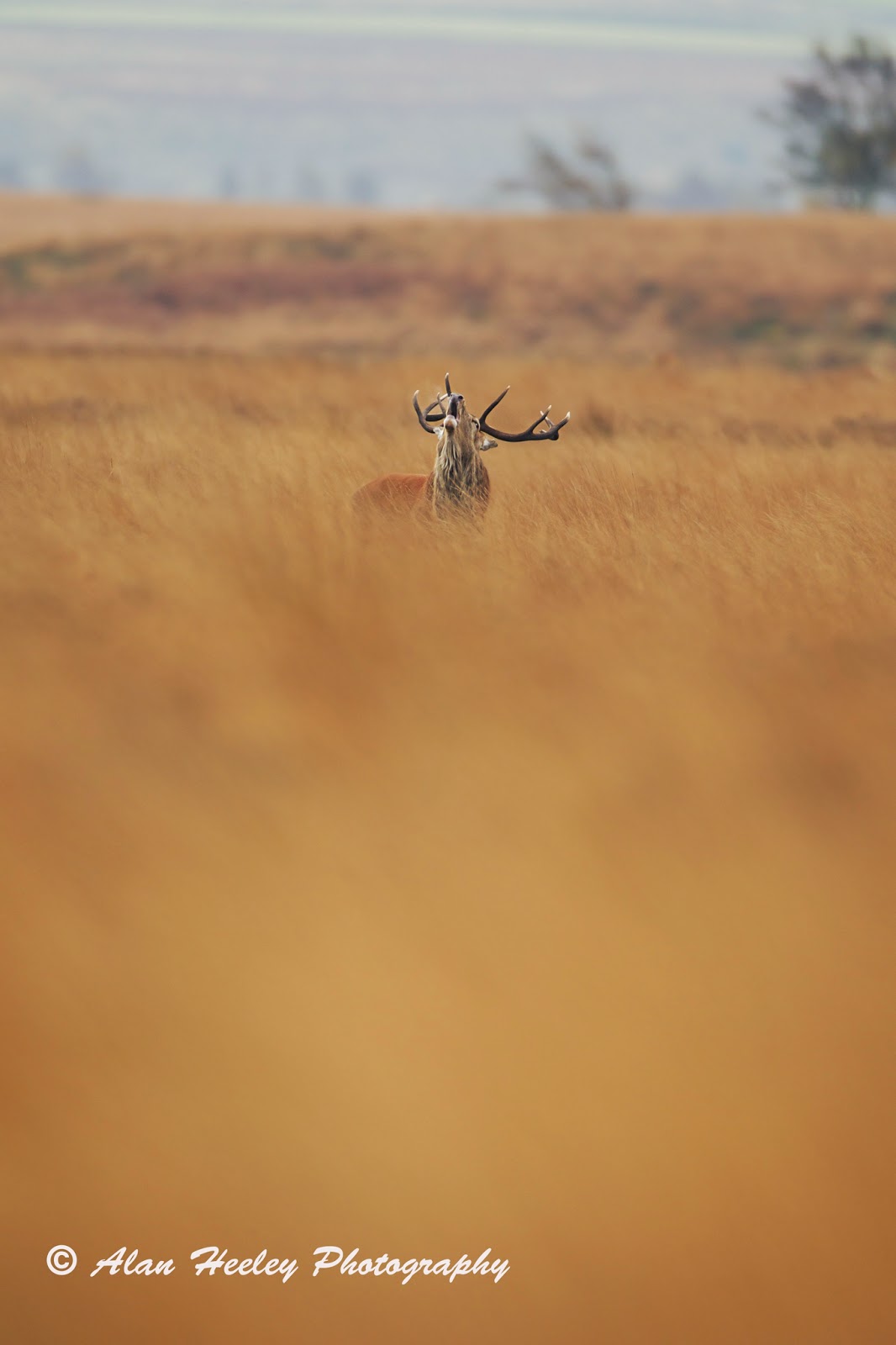 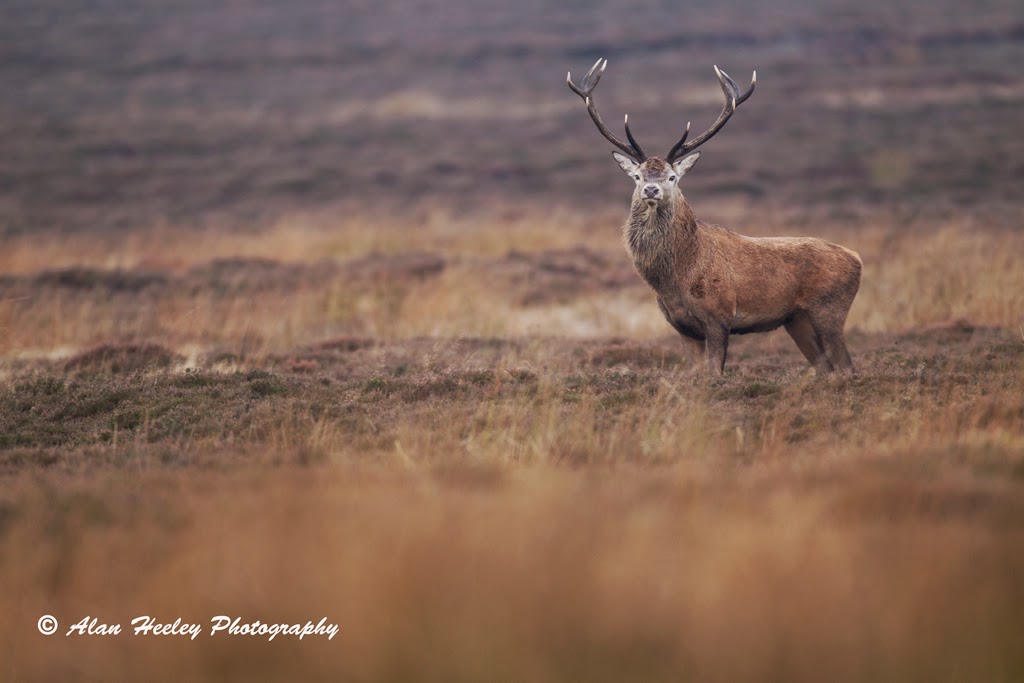 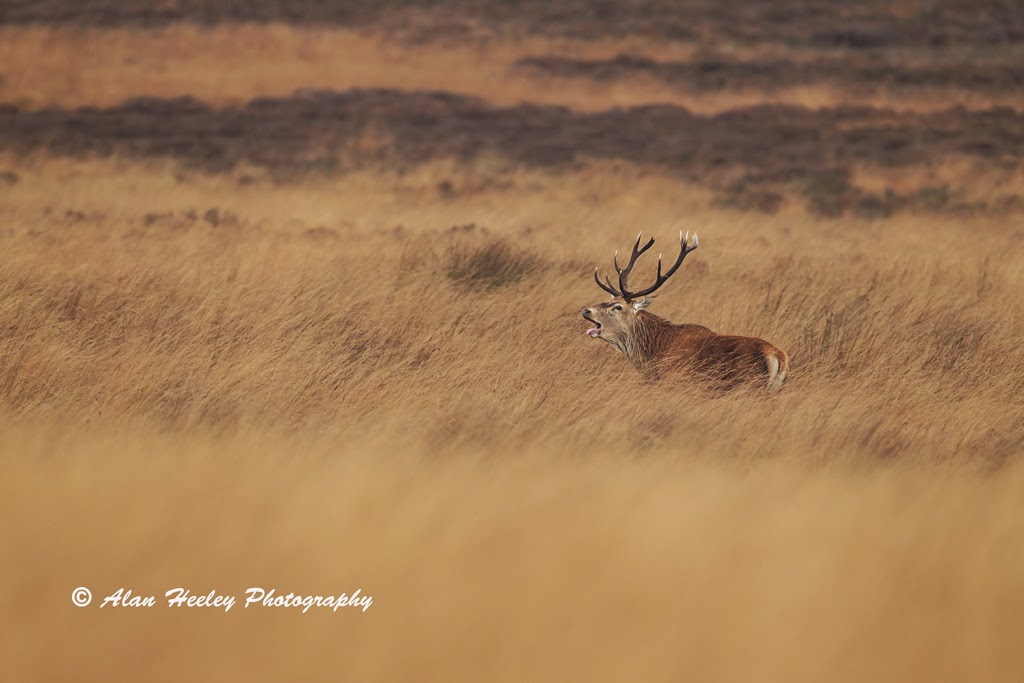 I had to keep changing position once I got up to the two fighting stags as they covered a bit of ground in the early stages, and they were not messing about. 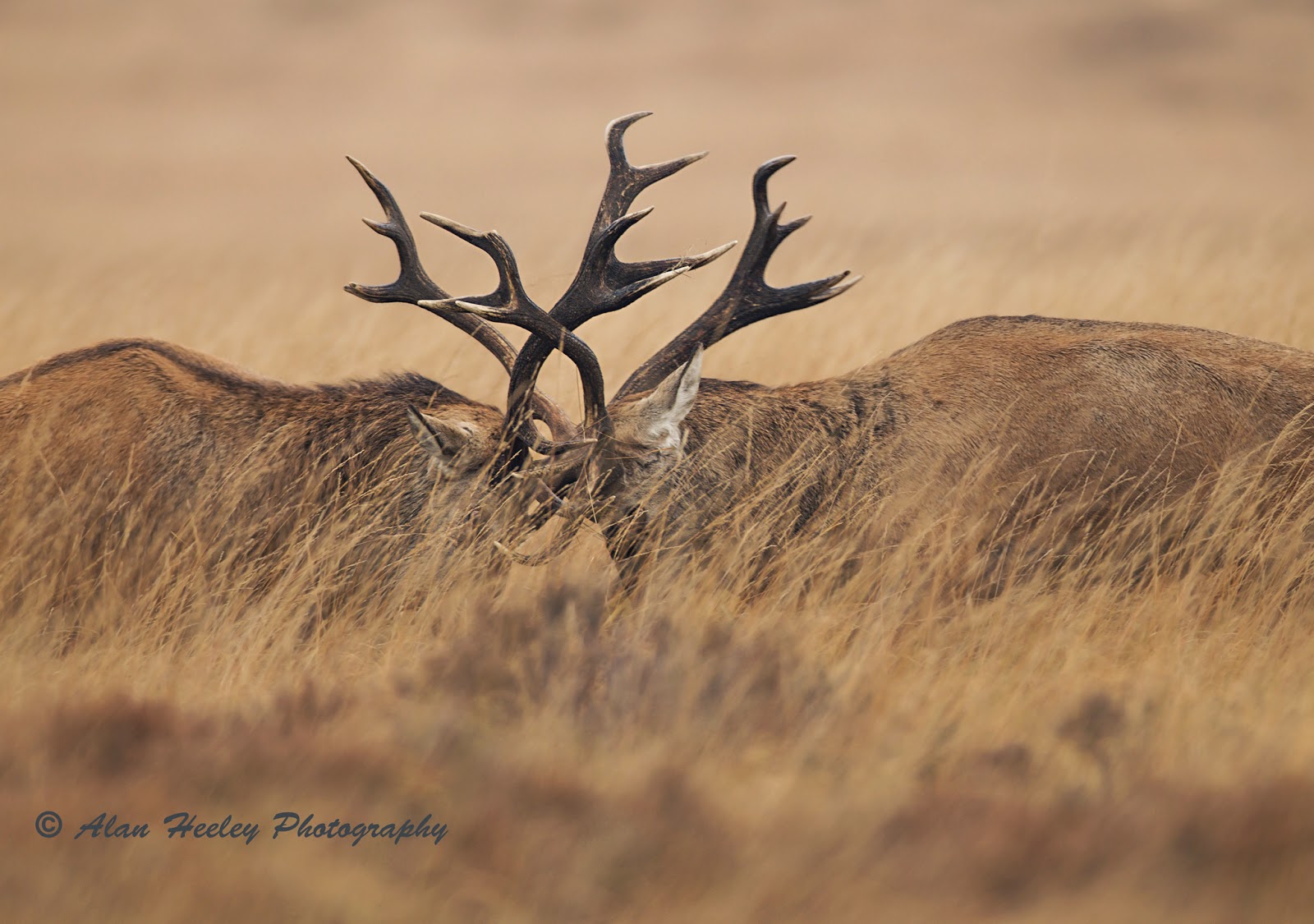 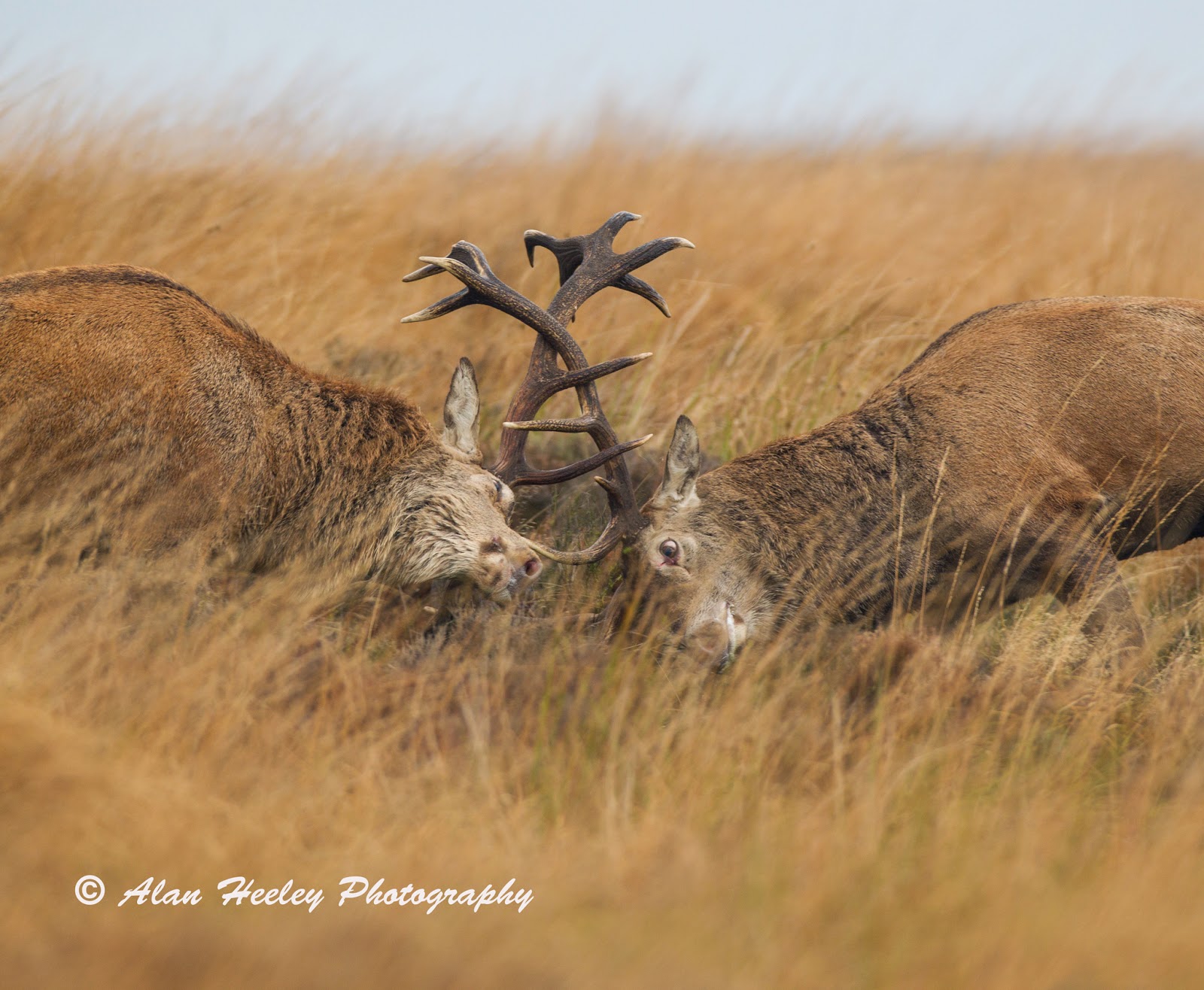 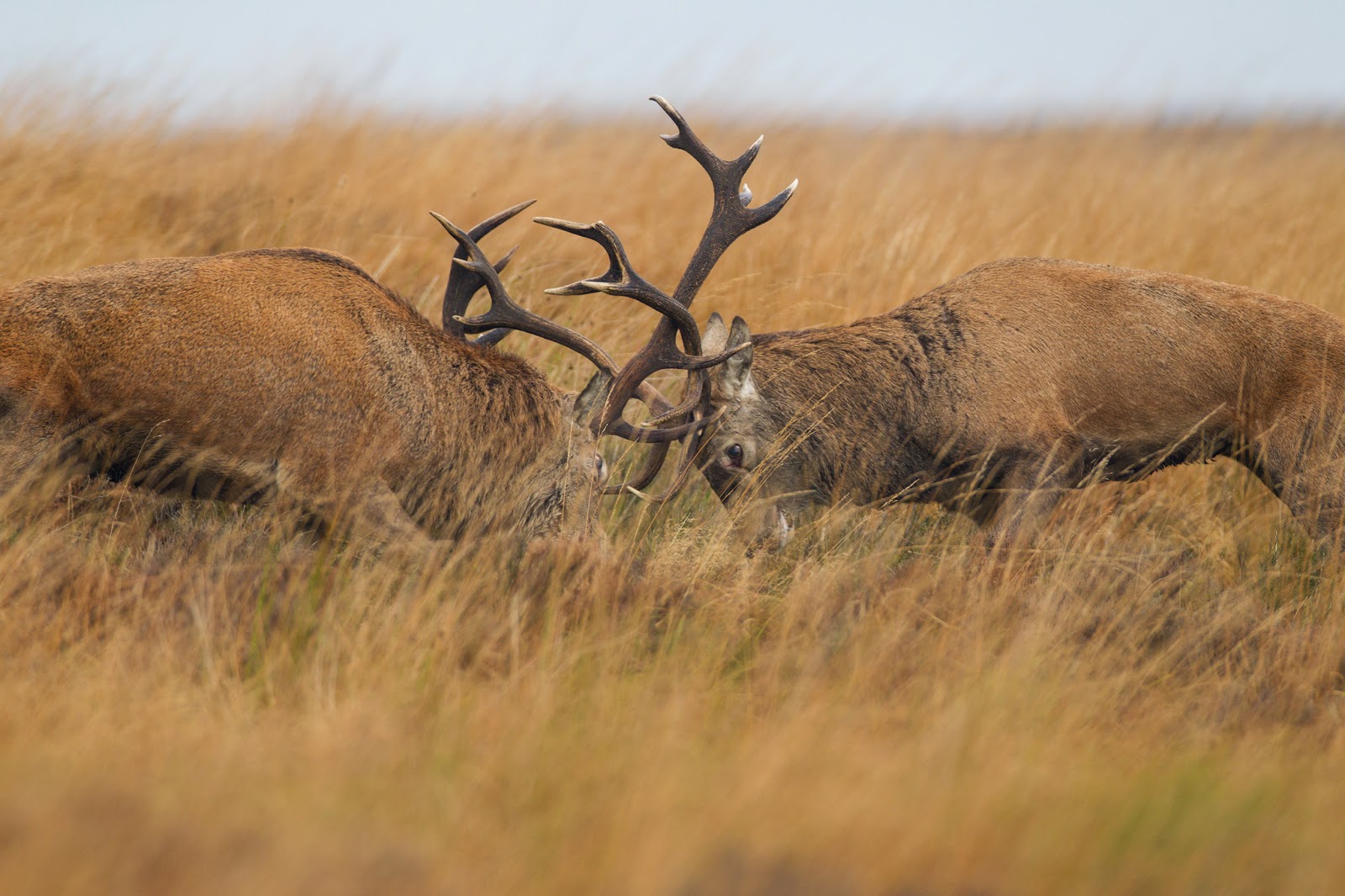 For me it was more satisfying in getting some decent shots with these wild deer but it was hard work with a lot of ground to cover. Will be there next year though.

Thanks for looking
Posted by Unknown at 20:02